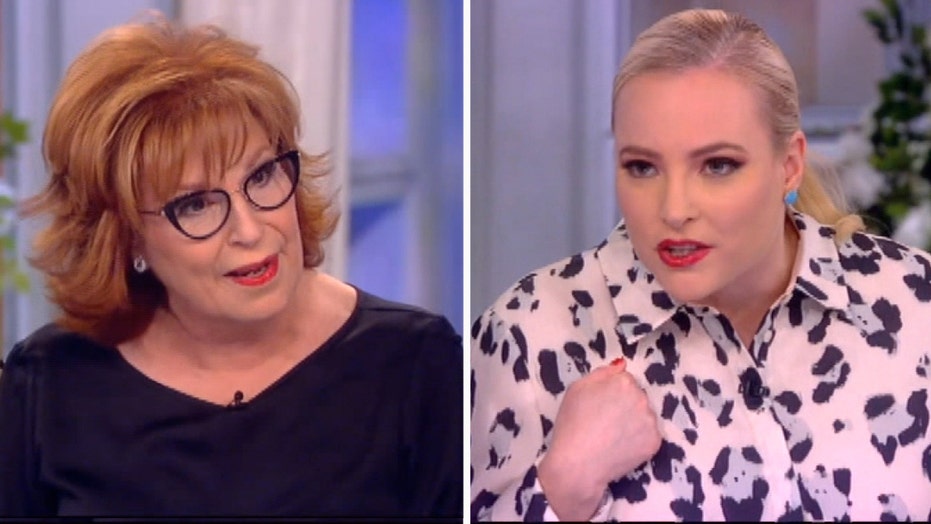 Raw video: 'The View' co-hosts get into heated debate over the 2020 presidential election.

"The View" co-hosts Joy Behar and Meghan McCain got into another spat over President Trump on Friday, this time while discussing whether he was more electable than former New York City Mayor Michael Bloomberg.

"You know what Joy, I've been right about election stuff and you've been wrong, so just trust me on this," McCain told her, before pointing out that Joy thought Trump was going to lose in 2016.

McCain claimed that Bloomberg, who wanted to "take away your Slurpee," would have a harder time getting elected than Trump.

"And you know what, the guy who wants to take away your health care is even in worse shape," Behar responded.

Behar defended herself, saying that Trump actually didn't win the election because he lost the popular vote. An animated McCain told Behar it was ridiculous for her to continue saying that "every single day on this show."

"He is president, move on!" she said. Behar responded by noting that "everybody on this panel repeats themselves" and giving McCain an annoyed look.

"And climate change is a good way to win over coal miners, Joe!" McCain said, attempting sarcasm. Afterward, the audience laughed and co-host Ana Navarro said: "Well, this is a hell of a Valentine's Day show!"

Toward the end of the conversation, McCain indicated that the producers were telling her to stop talking. "Why are you doing this?" she asked, gesturing as someone who wants to cut something short. The gestures came just before the commercial break.

'THE VIEW' MELTS DOWN AS IMPEACHMENT LAWYER ALAN DERSHOWITZ DEFENDS TRUMP: 'I'M MOVING YOU ON OR CUTTING YOU OFF'

Their exchange a day after Bloomberg and Trump feuded over Twitter. "Mini Mike Bloomberg is a LOSER who has money but can’t debate and has zero presence, you will see. He reminds me of a tiny version of Jeb 'Low Energy' Bush, but Jeb has more political skill and has treated the Black community much better than Mini!" Trump said.

Bloomberg fired back by claiming that many people laughed at Trump behind his back in New York. "They know you inherited a fortune & squandered it with stupid deals and incompetence. I have the record & the resources to defeat you. And I will," he said.