Rep. Brian Mast, R-Fla., discussed the U.S. withdrawal from Afghanistan as Republicans continue to demand accountability over the exit.

Rep. Brian Mast, R-Fla., slammed the Biden administration for the U.S. withdrawal from Afghanistan, warning officials didn't want to know the worst-case scenario. Mast joined "Fox & Friends" Tuesday to discuss the U.S. withdrawal one year later as Republicans continue to demand accountability for the exit and the deaths of 13 U.S. service members.

STATE DEPARTMENT SPOKESPERSON: US ‘IN A STRONGER POSITION AS A COUNTRY’ BECAUSE OF AFGHANISTAN WITHDRAWAL

BRIAN MAST: Here was the extent of the accountability to what you're saying. General Milley got in front of a committee and said, yeah, we got that wrong. That was the full extent of the accountability for what happened with 13 Americans being killed in a situation that could have been prevented if they would have practiced it, if they would have planned it. This is the most basic military statement that we live under when we're planning for the smallest of operations. Plan for the worst, hope for the best. They didn't want to see what the worst could be because they didn't want to have to answer for it after the fact to say, yes, we knew that that could actually happen and this is why Americans were killed. You think about that.

WATCH THE INTERVIEW FROM "FOX & FRIENDS" BELOW: 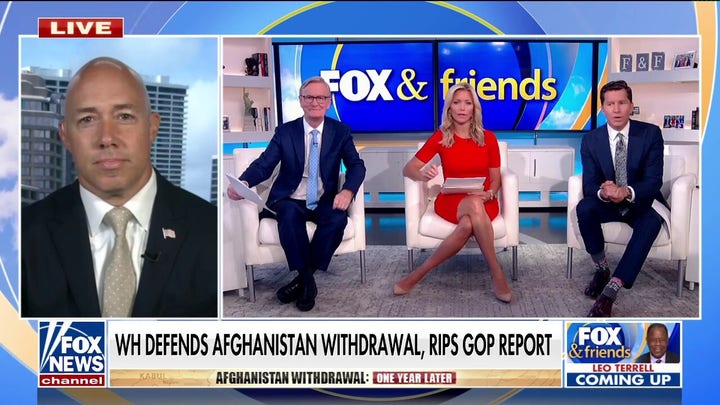