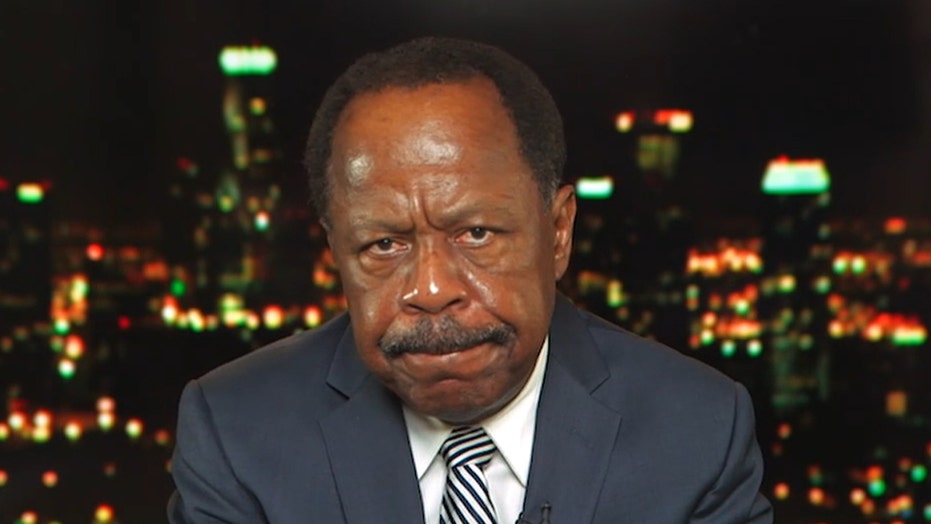 "This is why Black Lives Matter is basically, in my opinion, the Al Sharpton of the 21st century. They're profiteers. They are profiting on trying to give a narrative, a false narrative that is white racist cops, deaths destroying the black community," Terrell told host Mark Levin.

"You point out Chicago. No [BLM] presence walking through the neighborhood protesting to stop black-on-black crime. Al Sharpton goes to the George Floyd funeral. You use a funeral to launch a campaign speech attacking Donald Trump. I don't see Al Sharpton in Chicago. That 3-year-old kid who was killed. You know why? Because it's not profitable. There's no money to be made."

Terrell blasted the narrative that "systemic discrimination" was real, saying that a large portion of law enforcement meant well.

"They don't know what they're talking about. This is not 1960. We don't have Bull Connor and the German shepherds," Terrell said. "This is 2020. I an African-American on your show. It's not like it was 50 years ago. But Black Lives Matter and the Democratic leadership wants you to think it's 1960. Well, I'm sick of that narrative."

Levin asked the civil rights activist if Black Lives Matters was a "growing element" within the Democratic Party.

Terrell said he believes "the most insulting" reason Democrats are afraid of the movement is that they think they speak for all African-Americans.

"Let me be clear, Black Lives Matter does not speak for Leo Terrell. And there is no representative, there is no monolithic group like Black Lives Matter that speak for African-Americans," Terrell said. "We are individuals and we have our own individual opinion. I can assure you those African-Americans in these Democratic cities, they want law and order."