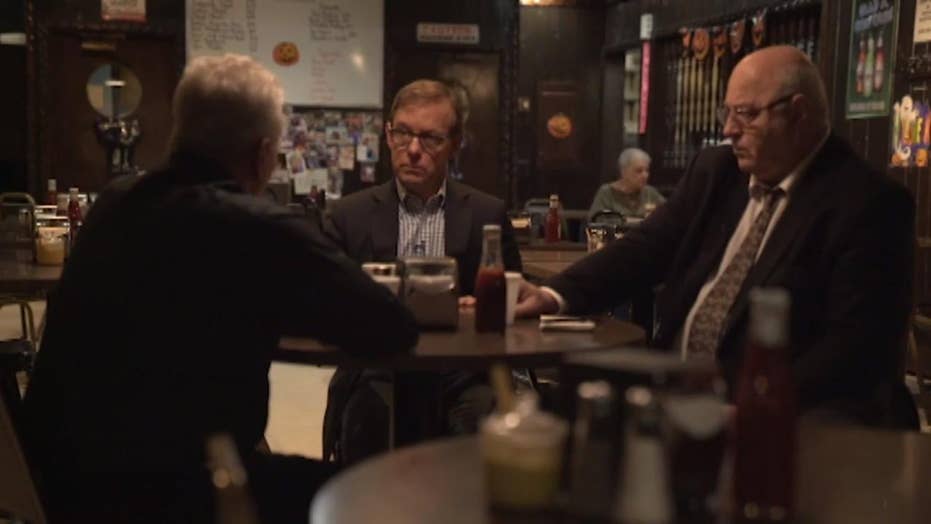 Fox Nation's ongoing investigation into one of the greatest unsolved murder mysteries in American history, detailed in the new show "Riddle: The Search for James R. Hoffa," has sparked the interest of the Federal Bureau of Investigation.

"The case has been going on for so long, and there’s so much interest in finding Mr. Hoffa," FBI spokeswoman Mara Schneider told the Detroit Free Press. "We would very much like to be able to solve this."

In the course of reporting for the Fox Nation docuseries "Riddle," Shawn and Moldea sat down with Frank Cappola, whose father was a partner at the PJP Landfill in New Jersey, which the Fox Nation investigation has identified as an area of interest.

Shawn, who is anchoring and reporting the Fox Nation investigation, said, "Authorities should definitely investigate the claims that were exclusively revealed by Fox Nation."

“Frank Cappola corroborates the information provided to us by Phil Mosacto, Jr., that Jimmy Hoffa’s body was brought to New Jersey and buried there by the Genovese family mobsters who killed him. Frank’s claim independently dovetails with what Phil says his father told him -- that Hoffa was buried in the Meadowlands. The locations that we have identified in 'Riddle' should be of great interest to law enforcement," said Shawn.

Shawn says that the FBI Detroit office has been leaning toward the theory that Hoffa was killed by Anthony “Tony Pal” Palazzola, a member of the Detroit family, in the house owned by Carlo Licatta and that Hoffa’s remains were immediately disposed of in Detroit.

“Why drive Hoffa’s body 613 miles, through four states to New Jersey and risk possibly getting pulled over and caught?” asked Shawn.

But, he added, “you have to remember that in 1975 there was no internet, no cell phones, no texting. Phil Moscato, Jr. told us that Hoffa was brought back to Jersey as Anthony 'Tony Pro' Provenzano’s ‘trophy.’"

"The world would not know that Hoffa was missing, until the 11 p.m. news and the Detroit Free Press hit the front door the next morning. That could have given “Tony Pro’s” crew as much as a 15-hour head start, meaning that Jimmy was in the ground in New Jersey before it was widely known he was even missing.”

In a new episode of "Riddle," Phillip Moscato, Jr.,  explained why the New Jersey mob would have gone to all the trouble of transporting Hoffa's body across state lines.

"The thing between all of them was the body comes back to Jersey... It's a Jersey thing and a Jersey guy is in control now. Keep them closed. Keep him where we can see him," said Moscato.

"Even though Hoffa's dead?" asked Shawn.

"Kind of like a trophy," replied Moscato. "That's how I look at it. It was more of he wanted to have him in Jersey. That was his trophy."

In conclusion, Shawn said that there is much more to come, "Fox Nation will be revealing more details about the location of Hoffa’s possible burial site as soon as we can confirm the information we are receiving."