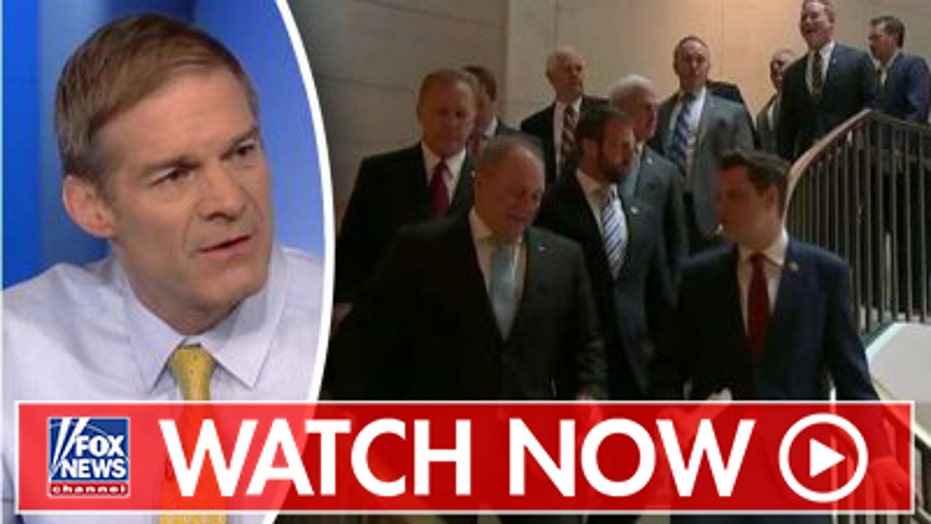 Jordan claimed Wednesday on "The Ingraham Angle" that Schiff, the chairman of the House Intelligence Committee, has not been transparent as he leads the impeachment inquiry.

"Here's the fundamental question -- There's one person who started this whole thing -- the whistleblower -- in the whistleblower's complaint, bullet point number one, he says over the past four months more than half a dozen U.S. officials gave me the basis for this complaint," Jordan said.

"To date, we dont know who any of those people are. So 435 members of the House who represent over 300 million people in this great country and only one member of Congress -- Adam Schiff -- knows who the whistleblower is, and who those more than half a dozen U.S. officials who gave him the information that formed the basis of his complaint [are]."

Jordan said his fellow Republican members are frustrated with the level of transparency and fairness in the process.

"Adam Schiff is doing this unfair, partisan process in secret and our members finally said, 'Enough'," the Ohio lawmaker said.

In addition, Jordan and Reps. Steve Scalise, R-La., and Bradley Byrne, R-Ala., reacted to House Homeland Security Committee Chairman Bennie Thompson writing a letter to House Sergeant-at-Arms Paul Irving, requesting action be taken against those members who stormed the SCIF with their phones -- which he said was a breach of policy.

Thompson, a Mississippi Democrat, claimed in the letter the members "intentionally brought their electronic devices into a SCIF."

"Such action is a blatant breach of security, violates the oath all members of Congress sign," Thompson continued.