Rep. Henry Cuellar says he 'tried' to tell Biden about border crisis: 'We have to deport people'

Rep. Henry Cuellar, D-Texas, joined 'The Faulkner Focus' to discuss his effort to raise awareness on the border crisis within his party.

"What we’re seeing is two profiles of individuals: The people that turn themselves in, the family units, the unaccompanied kids," Cuellar told "The Faulkner Focus."

Officials at the southern border have encountered hundreds of thousands of unaccompanied migrant children and minors in the months since President Biden took office, a figure that could fuel claims by opponents that his immigration policies have led to a surge of attempted illegal immigration to the United States.

Since taking over the White House in January 2021, border agents and officers at the U.S.-Mexico border have encountered 267,000 such migrants, according to data released by the U.S. Customs and Border Protection.

For fiscal year 2022, there have been 140,186 encounters with one month left to go. The months during parts of fiscal years 2018 and 2019, when then-President Trump occupied the White House, encounters involving unaccompanied and underage migrants only surpassed 10,000 once, in May 2019, according to CBP data. 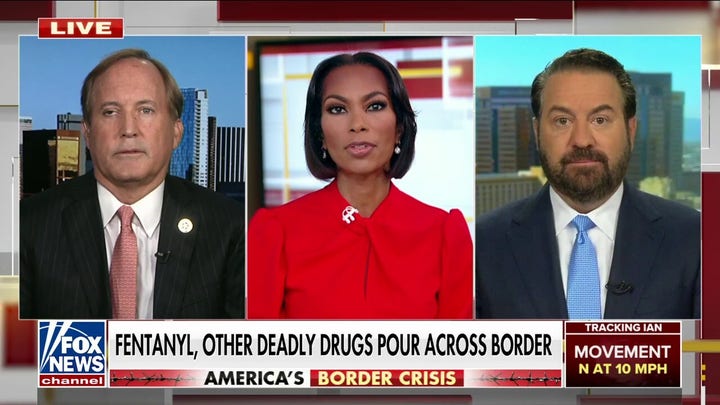 Cuellar wants to see more border personnel coordinated with local law enforcement and Department of Public Safety down at the southern border. He also said that Border Patrol needs the same technology as the department of public safety.

"We have to deport people … the ones that are not supposed to be here," Cuellar said.

Cuellar said that he is "absolutely" telling Biden that the border is not secure but he is not listening.

"Obviously the border is not secure and I’ve been saying this for so many years," he stressed.

According to a CBP chart, unaccompanied migrant encounters started to increase in January 2021 when 5,820 encounters were reported. By March 2021, that figured more than tripled as border officials reported 18,870 encounters.

The month with the most such encounters since Biden took office was July 2021 with 18,954 encounters.

Overall, fiscal 2022 has exceeded two million encounters of migrants of all ages.

The migrant crisis escalated around the time the Biden administration took office, jumping from around 72,000 encounters at the end of 2020 to 173,000 by March 2021. The numbers have not come close to dipping below the 150,000 encounters-a-month mark since then.