CNN’s decision to settle a multimillion-dollar defamation lawsuit filed by Covington Catholic High School student Nick Sandmann has resulted in a bizarre feud between some of the Covington students' high-powered attorneys.

The settlement between CNN and Sandmann has reignited another lawsuit, filed last year by attorney Robert Barnes, who represents 10 Covington students, but not Sandmann.

Barnes’ clients have chosen to remain anonymous and are referred to as John Does 1 through 10 in the complaint obtained by Fox News. Barnes claims his clients’ lives were forever changed when various celebrities and public figures “called for the kids to be named and shamed, doxxed and expelled” following the viral footage's release and coverage. 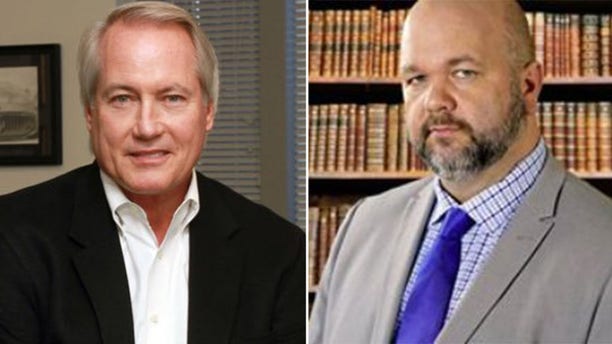 Sandmann and his classmates were famously swept up in a controversy after a video clip depicted the "MAGA" hat-wearing student smiling at Native American Nathan Phillips, who was beating a drum and singing a chant as he was surrounded by Sandmann's peers, who had joined in on the chant in front of the steps of the Lincoln Memorial.

Several mainstream media outlets, including CNN, portrayed the incident with Sandmann and the other teens as being racially charged before additional footage surfaced and showed that a group of Black Hebrew Israelites had provoked the confrontation by slinging racial slurs at the students.

The complaint filed by Barnes accuses Sen. Elizabeth Warren, Rep. Deb Haaland, CNN’s Anna Navarro, The New York Times reporter Maggie Haberman, comedian Kathy Griffin, ABC analyst Matthew Dowd and activist Shaun King, among others, of defaming Covington students. One of the liberal personalities named in the complaint is former CNN host Reza Aslan, who tweeted an image of Sandmann with the caption, “Honest question. Have you ever seen a more punchable face than this kid’s?” 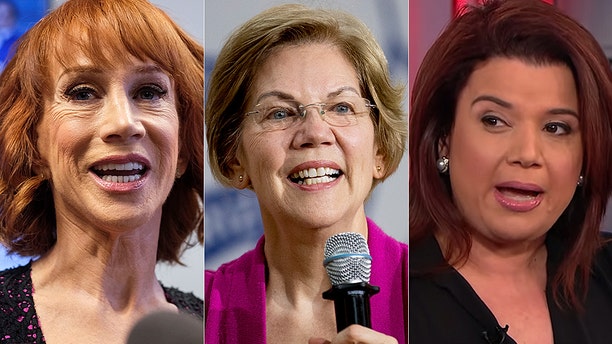 Barnes, who does not represent Sandmann, claimed that his clients were defamed by Aslan’s tweet — and that caused things to get particularly bizarre on Thursday.

Sandmann took to Twitter and blasted Barnes in a series of scathing tweets, accusing the lawyer representing his classmates of using his name and image to drum up attention for his own case.

“Would you like to explain why you’re suing for me without my permission? You’ve blocked my lawyers on Twitter and now claim you’re suing over the Reza Aslan tweet? Retract and stop lying to the public,” Sandmann tweeted directly to Barnes. “Barnes can claim all he wants that he’s filed it on behalf of the Covington kids but we both know that isn’t true. Reza’s tweet references only one kid, and I take up a majority of the picture.”

“My position since January 18th, 2019 has been clear: I will not be used by anyone or any media outlet to gain clicks, money, or attention. This is just that,” Sandmann added.

Some critics rushed to Barnes’ defense, noting that he has long claimed to represent Sandmann’s peers, not Sandmann himself. Many pointed to a tweet Barnes sent earlier in the day that specifically said Sandmann was not his client.

Barnes’ 53-page complaint does not mention Sandmann by name. When asked by Fox News on Thursday about what the CNN settlement meant for his clients, he responded by saying, “I do not represent Nick Sandmann,” before offering a quote.

He told Fox News that the cases “shape the future of media in the social media age” and reporters need to be aware of CNN’s decision. “Every journalist should pay attention to these cases to understand how their stories impact ordinary people, and how they can be individually and institutionally responsible when they get it wrong," he said. "The Covington cases show how dangerous social media lynch mobs can be when led by prominent media personalities, and the CNN settlements show no one is immune from accountability."

Todd McMurtry, a member of Sandmann’s legal team, came to his client’s defense.

“Robert Barnes keeps trying to suggest he represents @N1ckSandmann. He does not. Barnes long ago blocked me, so I cannot ID him in this tweet,” McMurtry wrote.

Famed attorney Linn Wood, who also represents Sandmann, then echoed McMurtry in a series of tweets himself.

Barnes declined comment when asked about the criticism from Sandmann and his legal team.

Wood and McMurtry did not immediately respond when asked by Fox News for additional comment.

McMurtry told Fox News on Wednesday that lawsuits against “as many as 13 other defendants will be filed in 30 to 40 days.”

Among them are ABC, CBS, The Guardian, The Huffington Post, NPR, Slate, The Hill and Gannett, which owns the Cincinnati Inquirer, as well as miscellaneous other small media outlets, according to McMurtry. Separate lawsuits against The Washington Post and NBC have already been filed, he added.

Meanwhile, the settlement between CNN and Sandmann has put a new spotlight on the complaint filed by Barnes. In addition to the controversial Aslan tweet, he also accused everyone – from 2020 Democratic presidential candidate Warren to various media members – of making false statements about the Covington students he represents. Barnes is seeking “damages in an amount not less than $15,000 but not more than $50,000 against each defendant” because his clients were “subjected to public hatred, contempt, scorn, obloquy, and shame.”

Fox News’ Joseph A. Wulfsohn and Doug McKelway contributed to this report.