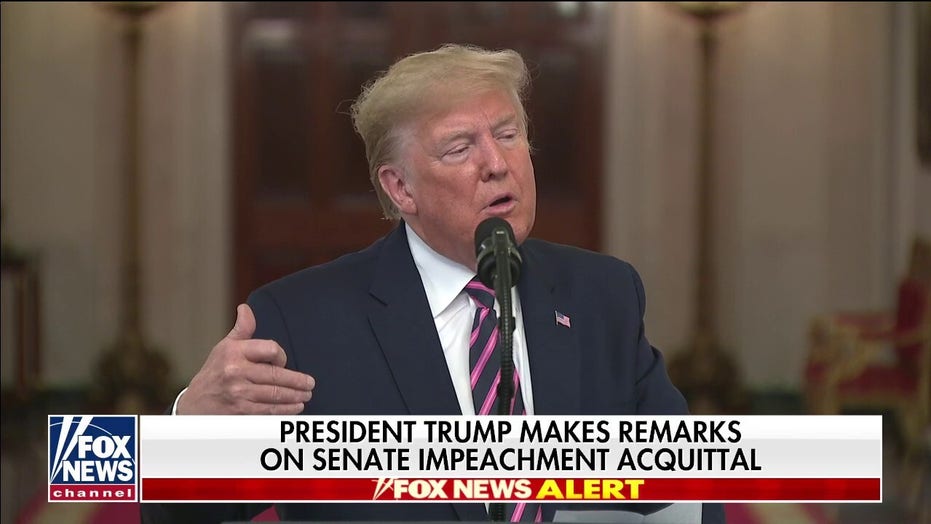 Trump: 'All hell broke out' when I fired 'sleazebag' James Comey

Trump had a freewheeling appearance at the White House after the Senate acquitted him on the articles of impeachment against him. The president thanked his legal team and Republican allies on Capitol Hill and slammed his political foes who helped launch the impeachment inquiry.

Live-tweeting the remarks, Lockhart made one questionable, out-of-context tweet.

"Here comes an orgasm," the former Clinton aide wrote. That tweet was made around the time Trump mocked the affair between Strzok and Page.

He continued, "In other words, if I get elected, they -- two lowlifes, they can't take the risk. They can't take the risk. Think of it, and that's where it came up, the greatest word of all -- 'insurance policy.' So, he says, 'But I'm afraid we can't take the risk. [Hillary Clinton] may lose. It's like an insurance policy in the unlikely event you die before you're 40.' In other words, If I won, they were gonna do exactly what they did to us. They were going to try to overthrow the government of the United States, a duly elected president, and if I didn't fire [then-FBI Director] James Comey, we would have never found this."

The tweet, easily taken out of context, drew plenty of mockery on social media.

This wasn't the first time Lockhart endured mockery on Twitter.

Last month, he called on Twitter to investigate Sen. Ted Cruz, R-Texas., after tweets were posted from his account while he was serving as a juror during the impeachment trial, which forbade cell phones.