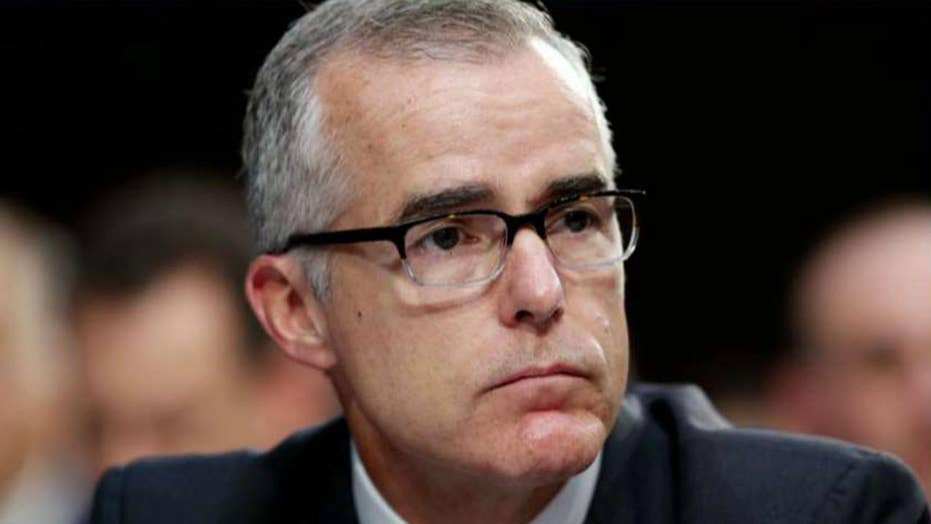 CNN's Andrew McCabe is one step closer to criminal indictment

CNN contributor Andrew McCabe is making waves at the cable news network after a U.S. attorney on Thursday recommended moving ahead with potential charges against the FBI honcho-turned-pundit.

McCabe, the former deputy and acting director of the FBI, appealed the decision of the U.S. attorney for Washington all the way up to Jeffrey Rosen, the deputy AG, but he rejected that request, according to a person familiar with the situation.

The potential charges relate to Justice Department inspector general findings against the CNN pundit regarding misleading statements tied to a Hillary Clinton-related investigation. The situation has raised eyebrows across the media industry and created a headache for the liberal-leaning CNN.

Some CNN staffers were reportedly aghast when the network hired McCabe in late August, simply because he'd been fired from the FBI for lying. Now that charges against McCabe are seemingly looming, some of the shock has turned to anger and confusion.

"It erodes our journalistic credibility to have so many highly anti-Trump, former Obama DOJ/security officials without a semblance of balance."

A current CNN on-air personality told Fox News this week that "it erodes our journalistic credibility to have so many highly anti-Trump, former Obama DOJ/security officials without a semblance of balance,” specifically pointing to pundits Samantha Vinograd, Jim Sciutto, Asha Rangappa, Juliette Kayyem and James Clapper, along with McCabe.

“It’s hard to see the justification for hiring him initially since it was publicly documented he’s, best case, a liar,” the on-air personality added. “How will CNN handle it if he’s also soon indicted?”

A second current CNN  personality told Fox News on Thursday that many liberal-leaning staffers feel McCabe is “somewhat of a freedom fighter” who was “unfairly targeted” by the Trump administration. This was transparent on Thursday when CNN dispatched its top legal analyst, Jeffrey Toobin, to defend his “friend” McCabe while downplaying the potential charges.

"Andy McCabe is a CNN contributor. He's a colleague and a friend to many of us who work here," Toobin said. "This is an extremely unusual prosecution. Andy McCabe had the right to speak to reporters. That is beyond dispute. As deputy director of the FBI, he had the right to speak to reporters. He also has an impeccable record as one of the most honored and successful FBI agents of his generation.”

But not everyone inside CNN is defending McCabe.

The second anonymous on-air personality said he seems like a “good guy” in general but crucial blunders will ultimately define him.

“He made some colossal mistakes and the fact that he f---ing lied under oath, I have no sympathies for him. How will [CNN] have him on weigh in on anything related to integrity?”

The source predicted that CNN would “stand by McCabe until they can’t” and said network producers have kept McCabe out of situations where he could be “undressed” on-air by pundits with opposing views.

McCabe’s colleague also pointed out that CNN doesn’t typically refer to him as a “law enforcement analyst,” instead opting for the simpler label “correspondent.”

CNN did not immediately respond to multiple requests for comment. 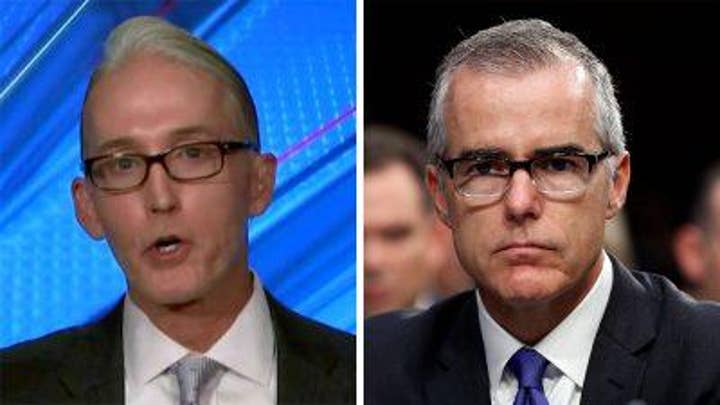 The FBI famously fired McCabe on March 16, 2018, after a Justice Department inspector general report found he had repeatedly misstated his involvement in a leak to The Wall Street Journal regarding an FBI investigation into the Clinton Foundation.

Last month, McCabe sued the FBI and the Justice Department over his firing, arguing it was part of President Trump's plan to rid the bureau of leaders he perceived as disloyal to him.

DePauw University professor and frequent CNN critic Jeffrey McCall told Fox News that the ratings-challenged network made a “questionable” move by hiring McCabe in the first place and needs to keep him off TV while things play out.

“With this latest development, the move looks even worse.  McCabe has credibility issues, and that is a problem for a news channel that has had its professional practices challenged of late,” McCall said. “At the least, it would behoove CNN to suspend McCabe from his contributor position until the legal process has worked its way out.”