In media news today, Washington Post calls for CNN to investigate Chris Cuomo, Vogue gets ripped as ‘frauds’ for a glowing feature on Jen Psaki, and MSNBC’s Joy Reid claims those angry at maskless Obama party are only mad because they weren’t invited

CNN's scandal-plagued anchor Chris Cuomo appears to have had a significant role in the stunning resignation of his brother, Democratic New York Gov. Andrew Cuomo.

Just one week after New York Attorney General Letitia James released her report outlining explosive sexual harassment allegations against him by 11 women, Cuomo announced on Tuesday that he would "step aside" and not follow his own instinct to fight an impeachment battle.

Following The Washington Post's reporting that the CNN anchor was still advising his brother, reporting from The New York Times shed light on what transpired between the Cuomos.

"Chris Cuomo has regularly spoken with Governor Cuomo by telephone over the past week and advised his brother to resign, said two people who requested anonymity to describe sensitive private conversations," the Times reported. "The anchor concluded last week that his brother could not survive the political maelstrom, as the governor’s longtime allies abandoned him and support in the Democratic establishment dwindled, the people said." 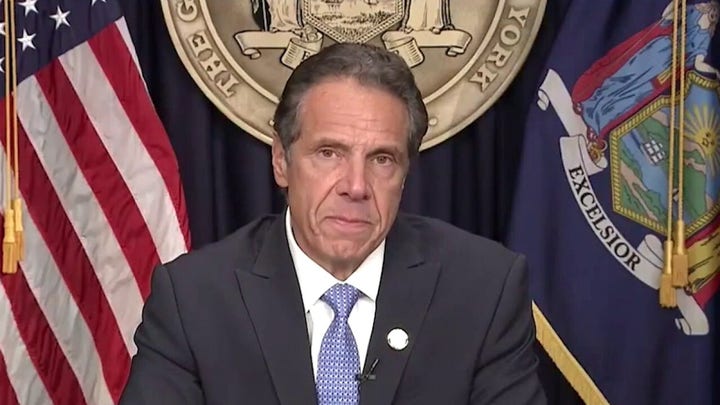 The Washington Examiner previously reported that Chris Cuomo "has not joined any meetings that involved his brother's team or offered advice in an official capacity to the governor since May," which would technically be meeting CNN's expectations.

"It was inappropriate to engage in conversations that included members of the Governor’s staff, which Chris acknowledges. He will not participate in such conversations going forward," CNN said in a statement back in May.

Regardless, the optics of the CNN anchor still advising the governor despite him abiding by the network's guidance was blasted by critics as many journalists and media analysts are calling for the younger Cuomo to be suspended or fired.

Conveniently, the "Cuomo Prime Time" host is not on the air this week, reportedly due to a "long-planned vacation."

The liberal TV host was also swept up in the New York AG's report, revealing he took part in the drafting of a statement for the governor responding to the sexual misconduct allegations earlier this year. This followed a previous report that he engaged in strategy sessions with Cuomo's team to combat the governor's accusers.

Additionally, Chris Cuomo was implicated in another scandal as he received VIP coronavirus tests in the early weeks of the pandemic as ordinary New Yorkers struggled to obtain them.