Last month, Project Veritas published footage showing ABC News anchor Amy Robach claiming higher-ups at the network killed a story that would have exposed Epstein three years ago, but the Disney-owned network says it wasn't up to their standards.

The controversy quickly evolved into a manhunt by ABC for the alleged leaker and that lead to the firing of CBS News staffer Ashley Bianco, a former "Good Morning America" producer who claimed she wasn't the one who leaked the video of Robach. Meanwhile, Project Veritas went on to publish an open letter from the alleged "ABC insider" exposed the cover-up to the right-wing outlet.

However, none of this appeared to be noteworthy to CNN's media guru. 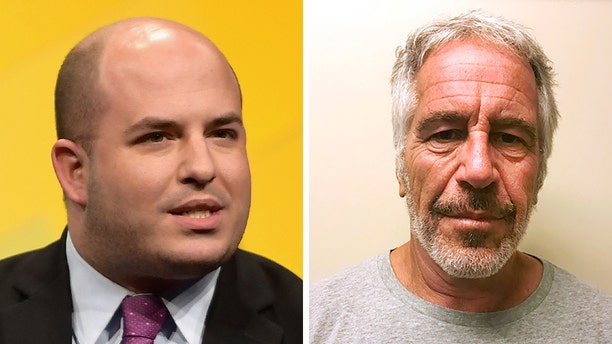 Debuting his "top nine" list on Monday, Stelter highlighted what he thought were the most significant media stories of the year. The No. 7 spot on the list was Miami Herald reporter Julie K. Brown's deep dive into Epstein's 2008 plea deal with federal prosecutors in Florida, which Stelter called a "triumph of investigative journalism." Brown's story led to the resignation of Secretary of Labor Alex Acosta, who as U.S. Attorney for South Florida had played a key role in negotiating the plea deal.

No.6 on the list was a catch-all of "Me Too" stories, including controversial interviews of R. Kelly by CBS and Prince Andrew by the BBC. Also included were NBC News' efforts to bury its reporting on the Harvey Weinstein scandal in order to shield the actions of the network's own alleged sexual predator, Matt Lauer, from scrutiny.

There has been speculation that the ABC News scandal, which faced a shocking widespread media blackout, received no coverage on CNN because Project Veritas previously targeted the cable network just weeks prior, exposing what it called the "bias" of CNN President Jeff Zucker and the sexual misconduct allegations of a high-ranking CNN producer, who announced his abrupt departure from the network earlier this month after 20 years of employment.

Topping Stelter's list of the so-called "top" media stories of the year was the "war on truth" and the Trump administration's "assault on facts." Stelter specifically pointed to "Sharpiegate" during the fallout of Hurricane Dorian and the repeated claims of Ukraine's interference in the 2016 election as examples.

Also on the list were Amazon CEO Jeff Bezos' blackmailing claims against the National Enquirer, the "fall of local news" and the decline of small newspapers, the "Hollywood streaming wars" with the emergence of Apple TV+, Disney+, and the upcoming HBOMax, the media impact of President Trump's impeachment, and the spread of misinformation on social media.