Brian Kilmeade reveals all of the United States’ ties with communist China and reacts to Chinese military drills in the opening monologue of ‘One Nation.’

Fox News host Brian Kilmeade said the United States and free world are in trouble until "we decide as a country that patriotism matters more than profit" in Saturday's opening monologue of "One Nation."

BRIAN KILMEADE: Until we decide as a country that patriotism matters more than profit, our nation and the rest of the free world is in trouble. We're going to be subjected to the insatiable communist ambitions, and that's not good. That's not a world I want to live in. What about you? Currently, we do have a military crisis. It's our ally, Taiwan, who spent this week witnessing live-fire exercises 12 miles from their border. Looks like a dry run for an invasion for me. It's meant to stress out and intimidate this small democratic capitalist engine who, by the way, provides microchips that [put] us in space and [drive] our cars.

CHINA COULD INVADE TAIWAN BEFORE THE 2024 US PRESIDENTIAL ELECTION: SOURCES

So how do we watch their back while watching ours? For me, one answer is a massive push to unbind us from them economically and to rise to the occasion and start spending massively, defensively. We don't have a choice. 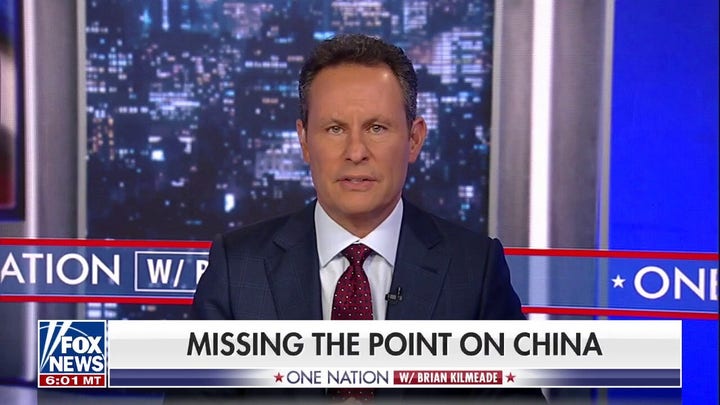