Presidential hopeful Mike Bloomberg pulled off the impossible during Wednesday night’s Democratic primary debate when he got essentially every political pundit in the mainstream media to agree on something.

Unfortunately for Bloomberg, they all agreed that he was the evening’s biggest loser. 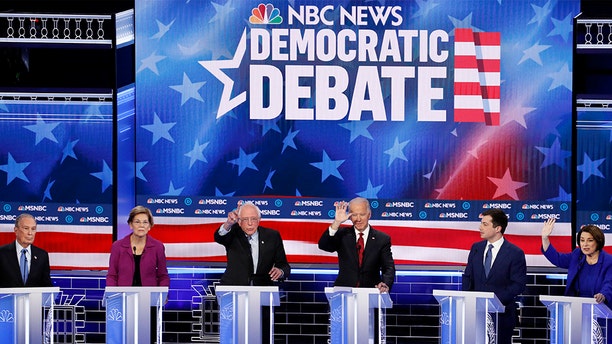 Critics said Bloomberg appeared “bored,” “disenchanted,” and mocked his response to a variety of attacks that should have been easily anticipated.

MSNBC’s “Morning Joe” played a montage of Bloomberg’s “worst moment” and Mika Brzezinski said he was “hard to watch," Lawrence O’Donnell said the billionaire suffered "the worst blows" of the evening and an NBC News article co-bylined by Chuck Todd, Mark Murray and Melissa Holzberg said "the biggest individual news from the debate was Michael Bloomberg struggling to defend his stop-and-frisk record as New York City mayor, as well as the non-disclosure agreements his company settled with women."

“For a guy who is worth $55 billion and says he could run the world, he couldn't even run his own microphone last night," Joe Scarborough said.

CNN’s Van Jones declared the debate a “disaster” for Bloomberg and the liberal news organization published a roundup of opinions headlined “It's unanimous: a horrible night for Bloomberg.” 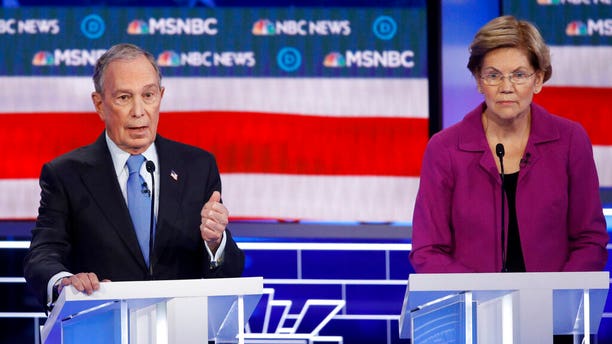 S.E. Cupp said the “love fest” is over, David Axelrod said Bloomberg had a “disastrous debut” and was “the big loser,” Errol Louis felt Warren drew Bloomberg into a “devastating cross-examination about non-disclosure agreements,” and Patti Solis Doyle said the former New York City mayor “disappeared for the first 30 minutes” only to later appear “insensitive and offensive.”

The New York Times columnist Frank Bruni wrote that is felt like the other candidates “made a private pact to eviscerate Bloomberg” and Washington Post’s Aaron Blake deemed Bloomberg a loser. 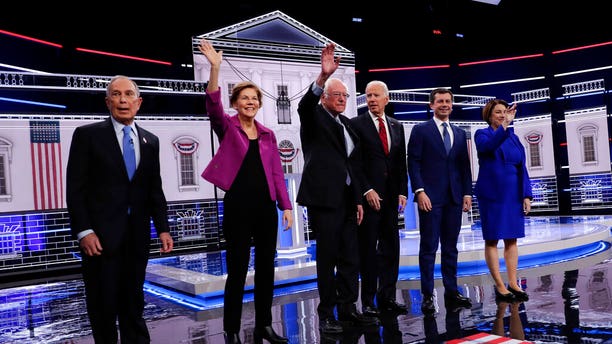 Throughout the evening, Twitter was flooded with comments in which Bloomberg was lampooned for his performance. (AP Photo/Matt York)

“He came off as very technocratic, and he often didn’t jump in to defend himself, apparently hoping the bad moments would pass. But they persisted,” Blake wrote.

President Trump even agreed with liberal pundits, tweeting that it was the “worst debate performance in history.”

The HuffPost wrote that Bloomberg got a “rude awakening,” Vox named him a "loser," Mother Jones said Bloomberg "got lit up" and CNBC said he "took a beating."

In what sounded like a compliment compared to other coverage, NPR noted that Bloomberg "had an uneven performance" but hadn't debated in 11 years "and it showed."

Perhaps not surprisingly, Bloomberg’s own organization, Bloomberg News, featured one of the evening's least negative headlines: “Michael Bloomberg Hit From All Sides in Spirited Democratic Debate.”

Throughout the evening, Twitter was flooded with comments in which Bloomberg was lampooned for his performance.

While the majority of mainstream media agreed that Bloomberg was the big loser on Wednesday night, one watchdog pondered if the pundits will be proven wrong.

“Bloomberg undoubtedly struggled at times, sometimes coming across as fully unprepared to answer tough questions about his own record,” Fourth Watch editor Steve Krakauer wrote. “Pundits on CNN and MSNBC thought he was awful -- one said he should have skipped the debate entirely. His own campaign notably said he had a slow start. And yet, I wonder if the media consensus that's building will end up being wrong.”

Krakauer noted that Trump was condemned by the GOP establishment for “awkward, argumentative” debate performances before finally proving everybody wrong.

“Don't be surprised if, like 2016, the media is prematurely writing a campaign obituary -- one that's about to only get stronger,” Krakauer wrote.