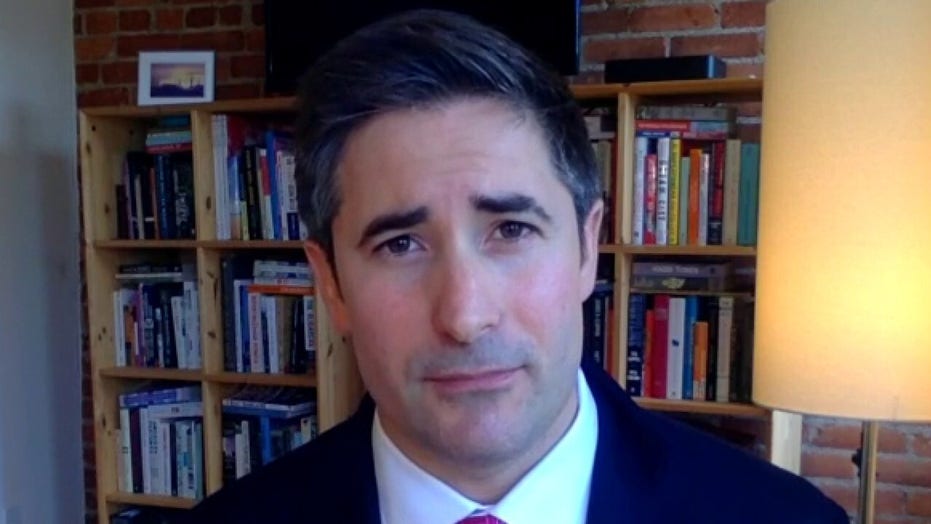 During the campaign event in his hometown of Wilmington, Dela., the former vice president continued with his condemnation of President Trump's handling of the coronavirus outbreak and knocked his 2020 rival over recent reports of the president's response to intelligence that indicate Russian bounties on U.S. troops in Afghanistan have been paid to the Taliban.

Biden made some headlines while taking questions from reporters, including his plans to not hold any campaign rallies amid the pandemic and taking a firm stance against Confederate statues but urging government officials to "protect" other statues likes Christopher Columbus and George Washington. He also told Fox News' Doug McKelway that he is "constantly tested" for cognitive decline.

Members of the media weighed in on the presser, offering their takes of Biden's performance as well as the performance of the pool reporters.

Swan noted to Fox News anchor Bill Hemmer that Biden wasn't asked about recent revelation from a handwritten memo from a January 2017 Oval Office indicating that Biden suggested investigating Michael Flynn over Logan Act violations despite his previous denial of having little knowledge of the probe into the then-national security adviser. That Axios journalist also found it "surprising" that Biden is actively challenging President Trump's cognitive abilities as part of his messaging.

The Hill media reporter Joe Concha observed that Biden faced zero questions about the ongoing "defund the police" movement that has appeared to be taking shape in New York City and the latest developments in Seattle's CHOP including the recent shootings.

New York Magazine business columnist Josh Barro pointed out on the statue debate that Biden did not "let himself get walked into unpopular culture war positions" by defending the monuments of non-Confederates.

Fox News contributor and former Bush White House press secretary Ari Fleischer drew a comparison between how reporters treated Biden as well as President Obama versus how they have treated President Trump in similar venues.

"The difference between the tenor of the questions to Biden compared to the questions asked of Trump is striking," Fleischer tweeted. "After 8 years of going easy on Obama, almost 4 years of being brutal to Trump, the MSM seems happy to go easy again."

He added, "It’s so much easier being a Democrat than a Republican. The press rolls over for one and resists the other. It never fails."

Commentary Magazine associate editor Noah Rotham suggested Biden's performance at the press conference poked a hole in the Trump campaign's efforts to paint the vice president is "mentally unfit" for the job.

"Biden is not giving the president any material in this presser to fuel their campaign to label him mentally unfit for the job. He's coming off quite lucid and cautious with his word choices," Rotham tweeted.

Vox journalist Matthew Yglesias similarly said, "Biden is not a great orator, but if you set people’s expectations at 'he’s gone senile' then he’s just going to vault over that bar and blow people away."

However, several critics, including members of the Trump campaign, slammed the former vice president after he acknowledged that he was given a "list" of reporters to call on following his prepared remarks.

"Awkward! Joe Biden admitted he was given a 'list' of approved reporters he was instructed to call on for questions. You're not supposed to say that part out loud, Joe!" the Trump War Room exclaimed.

While this marked Biden's first time speaking to a pool of reporters in 89 days, President Trump took questions from reporters at least 34 times during that same period.

Many of those instances took place at the coronavirus task force briefings that were previously held on a regular basis.