An attorney representing students at Indiana University in Bloomington, Indiana, told Fox News' Tucker Carlson on Monday that it is unconstitutional for it or any institution to mandate a coronavirus jab in order to enroll in classes.

Jim Bopp joined "Tucker Carlson Tonight" ahead of the court decision, saying that he filed for "expedition" in getting a verdict in time to save the students from undue hardship.

Carlson noted the World Health Organization issued an unexpected warning against administering the vaccine shot to young people after an Israeli study found it increased by a factor of 25 the risk of potentially fatal heart inflammation.

"We filed the case. We've asked for expedition. We are seeking a preliminary injunction to enjoin this mandate from taking effect and adversely affecting Indiana university students," Bopp said.

The lawsuit, brought by a group of students, alleges the vaccine requirement violates the Fourteenth Amendment, thereby denying them the right to protect their personal autonomy and bodily integrity -- as well as the claim it violates Indiana's new anti-"vaccine passport" regulation signed by Gov. Eric Holcomb in April, according to the Indianapolis Star. 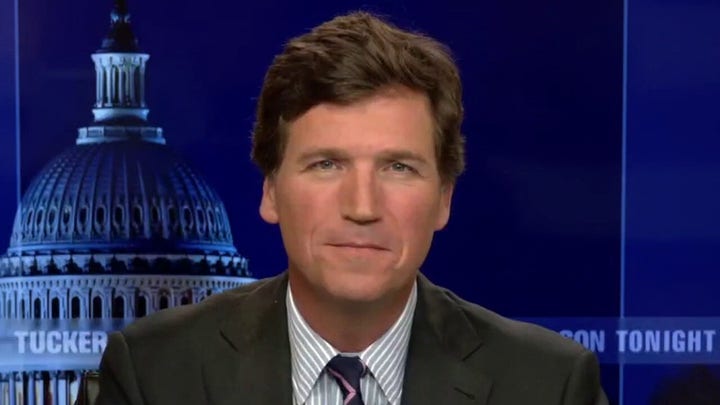 Bopp told Carlson that the last time institutions were able to force citizens to undergo a medical procedure they did not want was during the progressive era of the early 1900s, when Supreme Court Justice Oliver Wendell Holmes infamously ruled in favor of forced sterilization by declaring "three generations of imbeciles is enough."

Holmes, a nominee of progressive Republican Theodore Roosevelt, ruled in the 1927 Buck v. Bell case that mandated sterilization of intellectually disabled persons in the name of protecting the state did not violate the subjects' due process under the 14th Amendment.

"[20th Century progressives] were very skeptical of democracy because they did not want the experts to be influenced and that of course led to forced vaccination and then immediately as authority for forced sterilization," Bopp added. "Things have changed, and we respect individual liberty now—and we are not ceding the authority that students have or adults have to the experts and the government."

He added that while the pandemic was "extremely serious" and that many "justified severe measures" were enacted over the course of 2020, but with the discovery of effective therapeutics and other medical advances have made the situation much less dire.

"Most governments now are lifting restrictions and limitations. And then Indiana University suddenly kind of out of the blue, requires one of the most severe and rights-violating requirements which is that every student needs to be vaccinated," he said.