Rep. Alexandria Ocasio-Cortez, D-N.Y., was getting hammered on Thursday for backing the United Kingdom's far-left Labour Party headed by Jeremy Corbyn, who repeatedly has been accused of being an anti-Semite.

Both Corbyn and his Labour Party have faced numerous allegations of anti-Semitism. A recent poll showed that a whopping 87 percent of Jewish people in Great Britain believed Corbyn was anti-Semitic, pointing to many incidents and remarks, many of them involving his staunch support for Palestinians and a perceived hostility toward Israel. Recent reports also showed Jewish members of the Labour Party repeatedly expressing concerns of what they saw as growing anti-Semitism within the party.

Corbyn recently apologized about the anti-Semitism accusations after refusing to do so multiple times in a prior interview.

“Obviously I’m very sorry for everything that’s happened but I want to make this clear: I am dealing with it. I have dealt with it,” Corbyn said Tuesday in an interview on ITV’s This Morning, as The Guardian noted.

The freshman congresswoman was blasted on social media for her tweet.

"For Jews who are worried about the Corbynization of the Democratic Party, AOC officially endorsing Corbyn is going to look like confirmation of their worst fears," Forward opinion editor Batya Ungar-Sargon tweeted.

"AOC endorsing Corbyn is a major moment, and for all those who cover anything remotely in the orbit of any of this: You will be judged on how you cover it. Just letting you know. This will be a big part of your grade for the semester," Washington Examiner executive editor Seth Mandel wrote.

"@AOC backs far Left Marxist Jeremy Corbyn who hates America and Israel and has advanced an antiSemitic agenda in the Labour Party. This says a lot about the liberal left in the US today," foreign policy analyst Nile Gardiner reacted.

Earlier this year, Ocasio-Cortez spoke with Corbyn over the phone -- in a call reportedly lasting 45 minutes -- shortly after she was sworn into office. 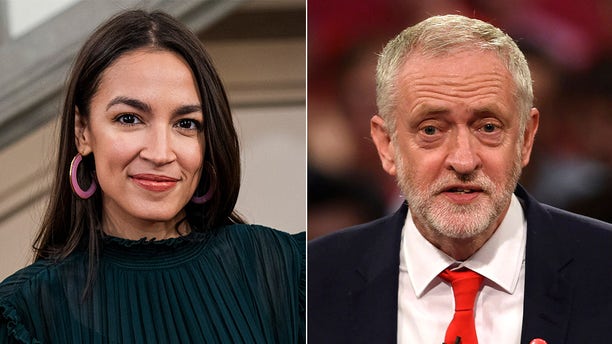