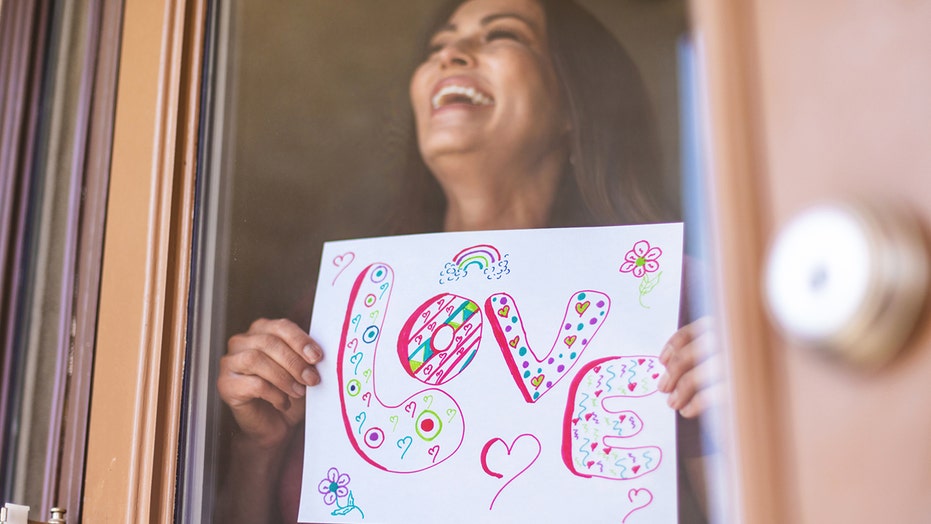 Looking for love during the pandemic isn't easy, and TikTok users are mostly rooting for one romantic who put signs in her window to strike up a conversation with her neighbor – and ultimately got his number.

Much like the opening of the iconic video for Taylor Swift's Grammy-winning hit "You Belong with Me," TikTokker a129593a made a pass at her neighbor with signs in her window. The quick clip has since been viewed over 150,000 times since hitting the platform last week, The Sun reports.

In footage apparently filmed from the woman’s home, which is adjacent to the man’s across a garden, the reel began with a shot of her crush sitting on his balcony with a friend, and playing guitar on his bed.

The hopeful put her heart on the line with a handmade sign hung in her window, reading "The man with a bike on a balcony, are you single?"

Surely to her chagrin, he wrote back by pasting a sign of his own in his window, explaining "Yes but I'm moving in two months. Sorry."

The woman replied with a second sign, which began with a doodle of a broken heart.

"Worth a try. Just in case," she wrote, adding her phone number.

Then, the video jumped to a screenshot of a lengthy text message, which began "Hey this is Alex, I'm your neighbor across the gardens," with the rest of the text blurred out.

The flirty footage has since received 27,000 likes, though TikTokkers are out for the count on whether the attempt was sweet or spooky.

"Plot twist: He wasn't moving anywhere til he saw your messages," another joked.

Vouching for the romantic, one user revealed that that was just how she and her spouse met.

"This is actually how me and my husband met... 16 years ago," the commenter shared. "He and his mate put up signs in his window. The rest is history."

"Where is he moving to? Long distance can work," one encouraged.

"This is so the beginning of a romantic novel," another echoed, applauding the original poster for "being brave!"

Though the TikTokker has stayed mum so far, many users agreed they're "invested" in what happens next.