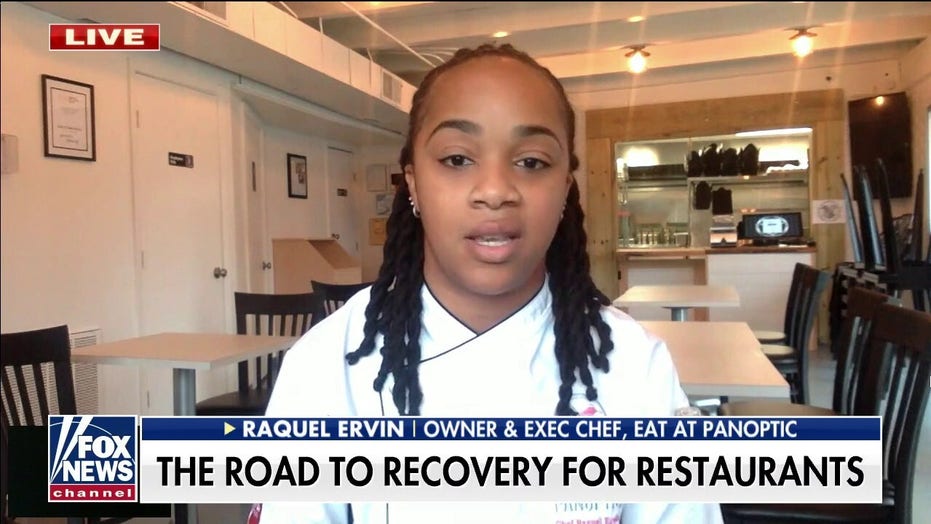 Raquel Ervin, executive chef and owner of Eat At Panoptic, speaks out on the nationwide rise in prices amid a labor shortage.

Protein coffee is the latest trend caffeinating TikTok users with promoted health benefits and more energy, however, doctors advise being mindful of protein powder ingredients and caffeine levels before shaking up morning routines.

"Proffee," as it’s called, mixes protein with coffee. As seen with some users on TikTok who have posted videos of their own methods, some recipes include getting a Starbucks espresso in a large cup of ice and pouring in a flavored protein shake. Others have added their own protein powder to home-brewed coffee.

The viral trend has users touting benefits like weight loss and as a potentially healthier alternative to drinking flavored coffees. But while adding protein to coffee may sound like a good combination, doctors say it may do more harm than good.

"The reality is that it is simply not necessary, and may even be harmful," Dr. Robert Glatter, an emergency physician at Lenox Hill Hospital in New York City, told FOX.

WHAT IS ‘DRY SCOOPING?’ THE LATEST TIKTOK TREND COULD BE DANGEROUS FOR YOUR HEART

Glatter notes that the majority of people already consume adequate amounts of protein in their diet. A 50-year-old person who weighs 140 pounds and does not exercise, for example, should be consuming around 53 grams of protein per day, according to Harvard Health Publishing.

What’s more, the majority of protein powders are loaded with added sugars, so if someone does decide to try adding protein to coffee, it’s important to make sure the protein powder used is unsweetened and contains minimal ingredients, Glatter suggests.

Moreover, sweeteners can tack on up to five extra teaspoons of added sugar in each scoop. The Dietary Guidelines for Americans recommends limiting calories from added sugars to no more than 10% of one's daily caloric intake, or 12 teaspoons for a 2,000 calorie diet. And some protein powders can contain as much as 23 grams of added sugar per scoop.

Drinking too much caffeine in tandem with the protein drink could also be problematic.

"Consuming excess amounts of caffeine can lead to heart arrhythmias, elevated blood pressure and may actually increase your risk of dehydration. In the long run, choosing a low fat snack with fiber and protein is a healthier option than adding a scoop of protein to your coffee," Glatter said.