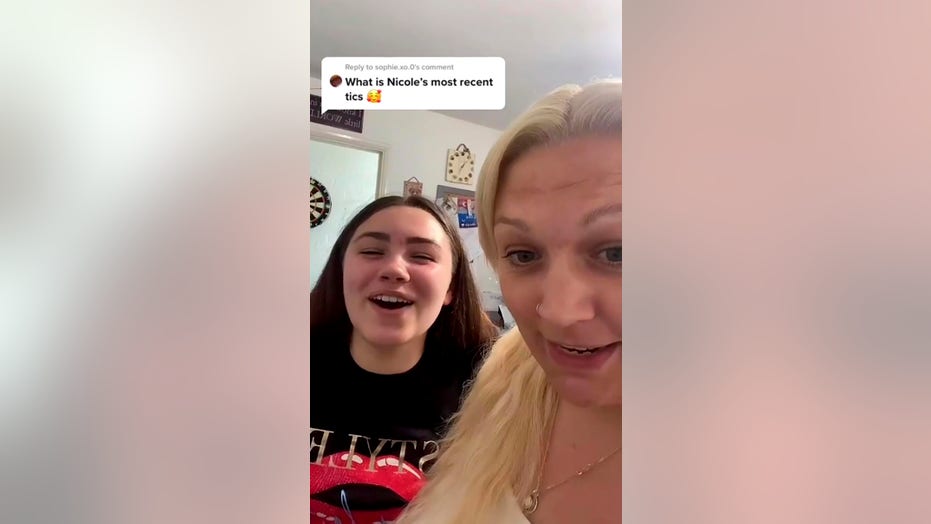 A mother and daughter are using social media to call attention to what it's like living with Tourette syndrome.

Jodie Lynn noticed that her 13-year-old daughter Nicole had several unusual tics, including sticking her tongue out and blinking more than usual. Lynn filmed her daughter’s behavior and sent it the family’s general practitioner. This began the process that resulted in Nicole being diagnosed with Tourette syndrome.

Lynn, who lives with her three daughters in England, explained to Southwest News Service (SWNS), "At first, I didn’t know what was happening (to Nicole). I didn’t even know what tics were. I was kind of hoping that they would go away. But they didn’t, so I guess this is our new normal now."

Now, the mom and daughter run a TikTok account that has over one million followers that shows what life with Tourette syndrome is like. Lynn explained to SWNS that the goal is to raise awareness.

Amanda Talty, president and CEO of the Tourette Association of America, spoke with Fox News and said that it’s believed that there are about a million people living with Tourette syndrome or another tic disorder, but only about half have been diagnosed.

MOMS COME TO WOMAN'S RESCUE AFTER TEARFUL POSTPARTUM DEPRESSION VIDEO GOES VIRAL: ‘I COULD USE SOME FRIENDS’

Getting a diagnosis can be difficult, as well. Talty explained that a neurologist will make the diagnosis, and it can take two years or more to diagnose a child. For adults, it can take 10 years of observation to correctly diagnose Tourette syndrome.

This is because tics can change over time and people may not be aware that certain actions, like constant sniffing, can be tics.

Nicole explained to SWNS that getting diagnosed made things a lot easier.

She explained, "When it started, I was very confused, and I didn't know what was happening. I just became aware that I was doing things and saying stuff that I couldn't control, and then it was actually my nan who suggested Tourette's. I feel a lot better about my tics now. I don't feel as nervous or as scared to go out in public like I did before. It's just a part of me and I don't worry as much now."

Nicole continued, "Every time I had a tic when I was outside, someone would stare or say something. I used to get nervous when people gave me strange looks, but now I realize they just didn't understand or know what it was."