Steak 'n Shake throws shade at Wendy's on Twitter, promptly gets shut down 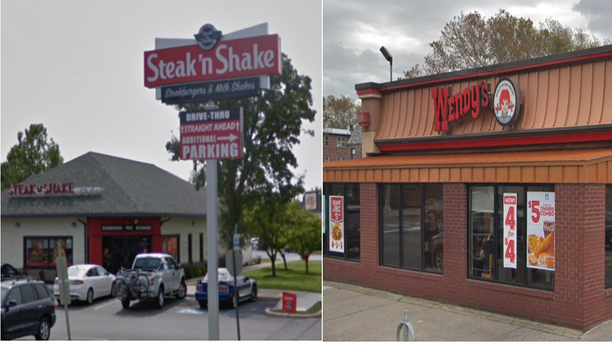 Steak ‘n Shake tested the waters of Twitter wars, but Wendy’s once again proved they dominate with snappy comebacks. (Google)

Wendy’s is at it again.

The fast-food chain is infamous for posting snarky messages and beefing with rival restaurants on Twitter (no pun intended), but Steak 'n Shake didn't seem to take that information into consideration when taking a jab at Wendy's on Tuesday afternoon.

Steak 'n Shake launched its not-so-subtle jab at Wendy’s on Twitter, suggesting that some find the notion of eating at Wendy's "awkward," complete with a GIF featuring the cast of "New Girl" reacting with disappointment.

Wendy's, meanwhile, responded to the post within an hour, and had no trouble rebutting the accusation even though Steak n' Shake failed to tag the restaurant chain.

Of course Steak ‘n Shake tried their very best to win with a snappy comeback, but Wendy’s once again proved they dominate Twitter wars.

In the end, some Twitter users were amused by the mini power-play.

Some felt for Steak ‘n Shake, which has a lesser Twitter following than Wendy’s.

And others made up some puns of their own.

But in the end, Wendy’s had the last word, and tweeted out a plug for its "We Beefin'?" mixtape.

Steak & Shake shouldn't feel too bad, though, because they're only the latest to feel the wrath of Wendy's Twitter. McDonald's absolutely knows what it feels like to the be butt of Wendy's jokes, as does Carl's Jr. and IHOP.