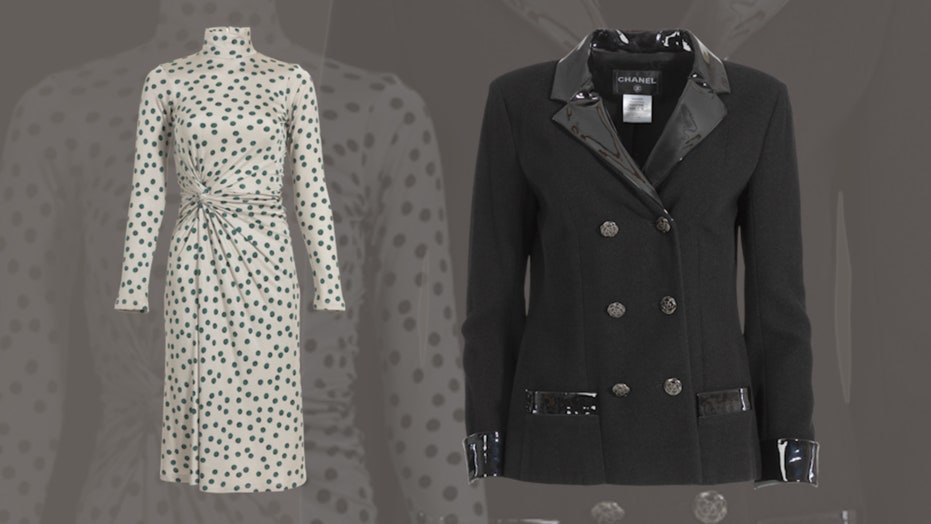 Coronavirus pandemic: How one company is helping women dress for success

Adarsh Alphons is the founder and CEO of Wardrobe, and his company is launching an initiative to help women dress for success amid the turbulent economic times of the coronavirus pandemic.

Fashionistas are mocking a dress being offered at Nordstrom, likening its color to that of a medical gown and noting that its attached red leather gloves look more suited for surgery. Because of this, some critics have even dubbed it the “murder dress.”

The “Gloved Double Satin Bolero,” made by designer Meryll Rogge, features an A-line baby blue satin gown with oversized puff sleeves, punctuated with a bright red cape that’s fitted with lambskin leather gloves. And if the getup doesn’t exactly scream criminal, the $740 price tag just might, at least according to some shoppers.

GUCCI SELLS GRASS-STAINED JEANS FOR $1,200 AND UP

Nordstrom’s website describes the look as evoking “the golden era of Hollywood,” but some fashion critics are saying it’s pure horror.

Others noted the "killer style" resembled an actual serial killer.

Another critic referenced “The Rocky Horror Picture Show” upon seeing an ad for the dress.

“Is it just me or does the model in this Nordstrom ad look a little like she’s just made a man in seven days and she’s ready to show him off to the Transylvanian convention[?]” the user quipped.