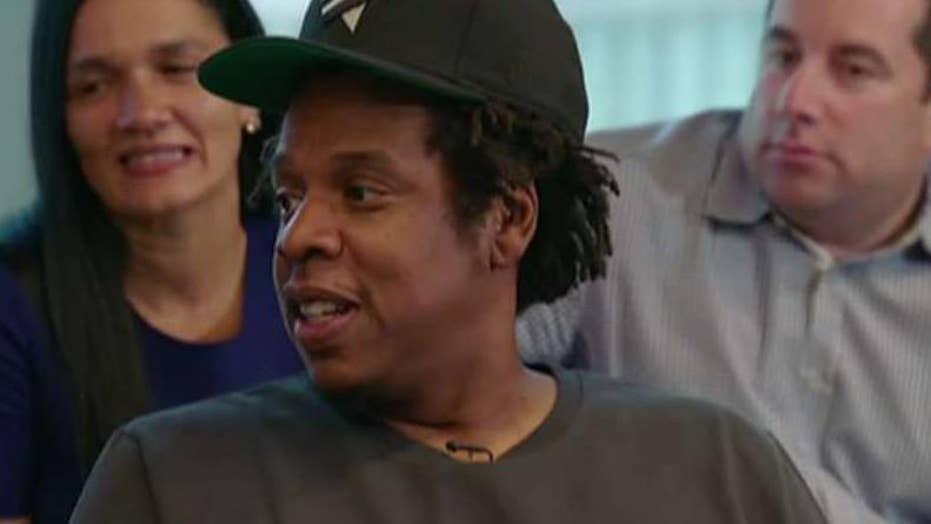 Jay-Z reveals first move in NFL partnership; Raymond Arroyo has this week's edition of Seen and Unseen on 'The Ingraham Angle.'

Shawn “Jay-Z” Carter is taking high-end to a new level.

The billionaire rapper released his premium cannabis brand, Monogram, Thursday in partnership with California-based Calvia with products ranging between $40 to $70 each.

Monogram features four cannabis strains: No. 88, No. 96, No. 70 and No. 01. Each comes in “light,” “medium” and “heavy" and the bud can be used in its three products: the OG Handroll, Loosies Preroll Pack, and Flower, which customers can purchase in 2g or 4g jars.

“Cannabis has been around for thousands of years, yet it is still an industry whose legacy of skilled craftmanship is often overlooked,” Carter said in a statement.

Carter says he created the brand, "to give cannabis the respect it deserves by showcasing the tremendous hard work, time and care that go into crafting a superior smoke.”

A number of entertainers and entrepreneurs have developed their own lines of cannabis and CBD products. Snoop Dogg debuted his namesake line of cannabis products in 2015 called Leafs By Snoop, and more recently, Martha Stewart came out with a CBD product line.