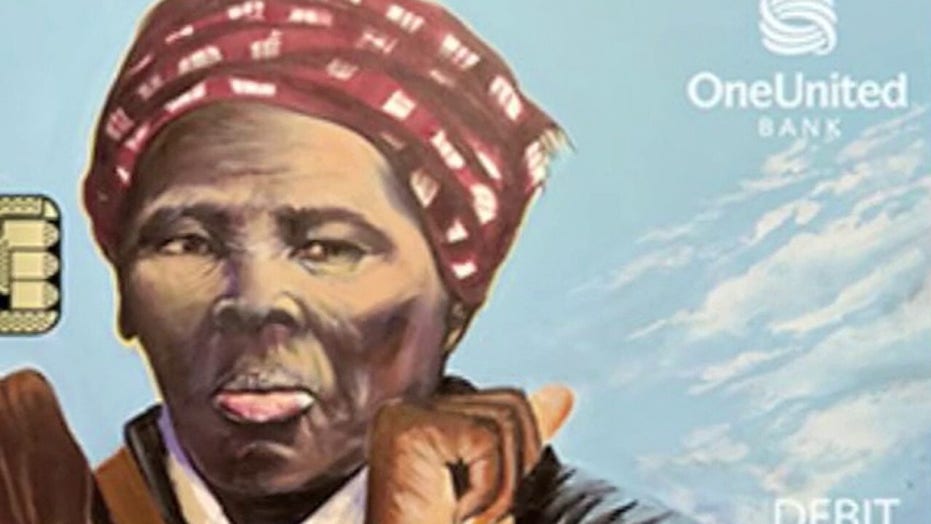 A OneUnited Bank limited edition Visa debit card depicting Harriet Tubman has come under fire online from critics who say the design is in poor taste.

The image in question depicts the revered abolitionist with a serious stare while wearing a red-and-white head wrap. At the center of the controversy are Tubman’s arms, which are crossed over her chest with her hands balled into fists.

The gesture, to some, resembled the popular salute from Marvel’s “Black Panther.”

JASON NICHOLS: HARRIET TUBMAN BELONGS ON $20 BILL -- CONGRESS SHOULD MAKE TRUMP PUT HER THERE IN 2020

OneUnited, which calls itself the nation’s largest black-owned bank, was quickly accused of using the historical figure to pander to African-American customers, during Black History Month.

“This just wasn't a well thought out idea. Please take this down,” a Twitter user commented.

Another person wrote, “Wakanda isn’t real and even if it was Harriet Tubman was an American and not from this imaginary African country.”

Despite the public backlash, the company responded on Twitter that the Tubman image was not a reference to “Black Panther” or its fictional country. She actually is using American Sign Language sign for "love."

“She was about love,” Addonis Parker, the Miami artist behind the painting, told The Washington Post. “It took sacrifice and love for her to do everything she’s done.”

Parker worked with the financial institution previously, painting a mural outside its branch in Liberty City. Some of his artwork has been used on its credit cards.

Not coincidentally, “Black Panther” director Ryan Coogler previously acknowledged that the Wakanda sign was inspired by the ASL sign for “love.”

After the Tubman debit card image went viral, OneUnited was quick to issue a statement.

“Harriet Tubman is the ultimate symbol of love - love that causes you to sacrifice everything, including your own life,” the bank tweeted. “The gesture is the sign language symbol for love. It’s so important that we love ourselves.”