Barbers and hairstylists throughout the country are keeping their shops open despite various government orders to shut down and close their doors amid the coronavirus pandemic.

The subject became national news when Texas hair salon owner Shelley Luther was arrested after being one of the first in her industry to publicly defy the law.

Fox News' Tucker Carlson highlighted the hypocrisy of releasing thousands of prisoners and inmates due to COVID-19, while simultaneously jailing a business owner who said she was trying to feed her family.

He also criticized Judge Eric Moy, who handed down the sentence, and accused him of letting his political bias overcome a judge's duty to exercise judicial restraint.

"Moy is a deeply irresponsible person. He is a political hack. He's a self-described Democratic Party activist," Tucker said. "He once circulated a chain letter denouncing Supreme Court Justice Clarence Thomas as a race traitor."

In Michigan, barber Karl Manke had his credentials stripped after also refusing to shutter his store. When a judge declined to sign an order to shut down his shop Monday without first holding a hearing, state officials opted to suspend both his barber and shop licenses.

Manke’s attorney, Dave Kallman, told the Lansing State Journal that the state’s action against the 77-year-old barber was “an abuse of power.” 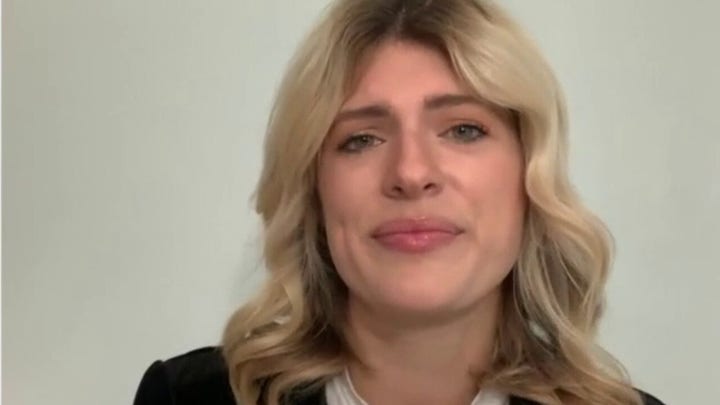 On the West Coast, California has threatened to take action against any salons that are non-compliant with shutdown orders, and said it claimed to be investigating 651 related complaints, USA Today reported.

The city of Los Angeles reportedly filed criminal complaints against four salons and one barbershop, in addition to 55 other businesses.

Hairstylists have now begun to set up makeshift haircut stations in their homes so they can service customers, without officially defying state regulations, according to USA Today.

Carmelle Harris, a hairstylist from Compton, Calif., claimed she had no choice but to reopen so that she could meet her monetary obligations and stave off financial ruin.

“Do I take a chance and get turned into a criminal because I decided to work and pay my bills on time?’’ Harris, 38, told USA Today. “Or do I just sit and watch my bills pile up, so when the economy does open up I’m thousands and thousands of dollars in debt?’’

Connecticut Gov. Ned Lamont pushed back the state's original May 20 deadline for hair salons to reopen by almost two weeks. The new date is now tentatively set for June 1.

“We’ve been hearing a lot of feedback from many owners and employees, and at this time I think the best approach is that we hit pause on the reopening of hair salons and barbershops, take a step back, and allow some more time as preparations continue to be made,” he tweeted Monday.