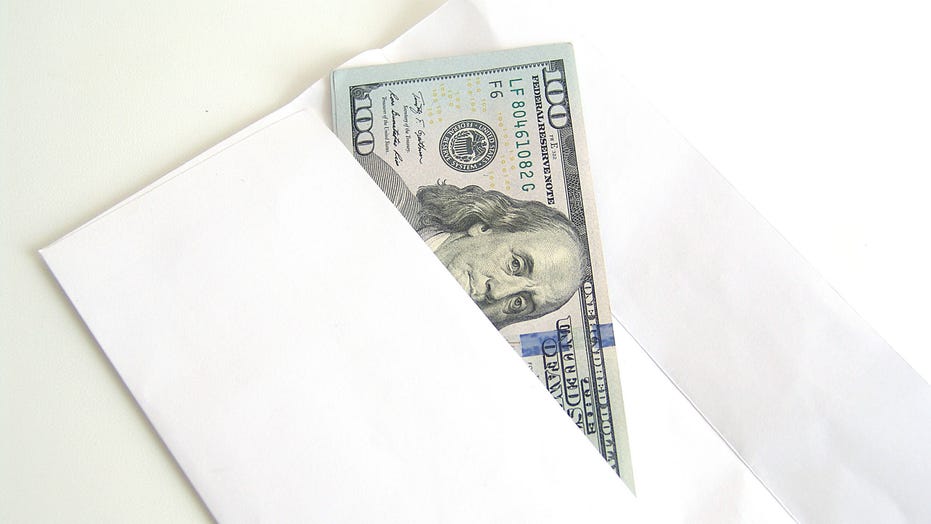 This kid better not expect this to happen every time she goes to the grocery store.

A mom says that her young daughter made an amazing discovery while out on a shopping trip. Apparently, a charitable stranger left behind a generous surprise just sitting on one of the store’s shelves.

Danica Kenny was shopping at Raley’s Supermarket in Sacramento, Calif., when her 6-year-old daughter found a note just sitting on a shelf, Fox 8 reports. According to her, tucked inside the folded piece of paper was a hundred dollar bill.

The note reportedly read, “Whoever finds this, I love you.”

DAD LEFT LAUGHING AFTER DAUGHTER LEAVES HIM LUNCHBOX NOTE: 'CLEARLY, SHE WASN'T A FAN OF THE SANDWICH'

Kenny says that she was initially concerned that the bill was fake, but since she’s worked at a bank and has experience spotting counterfeit money, she was confident that the money was real.

Apparently, Daphne had no idea how much money she had actually found. According to her mom, she had to explain that $100 was a lot of money, especially to a 6-year-old.

Since Daphne found the money, her mom decided to let her keep it and use it how she wanted. Apparently, the youngster knew just what she wanted. Her mom says that she took her newfound fortune to a local Build-a-Bear Workshop where she put it toward two plush cats (both of which she named after her real cat, Steamy).

"She'd have more fun with it. I would have just put it toward groceries. I don't think I would have appreciated it to the level that she did," Danica said in an interview.