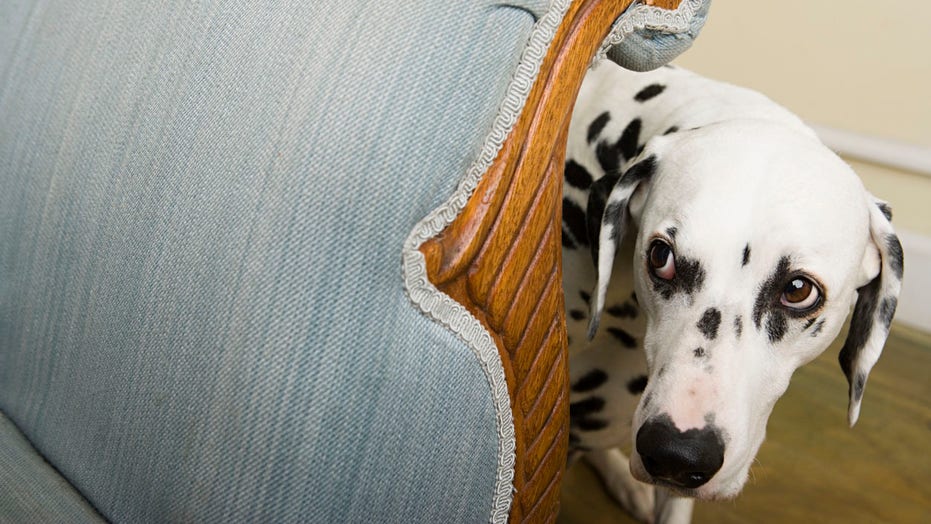 Americans continue to share positivity amid the coronavirus outbreak.

Veterinarians are pleading for an end to the nightly roar of fireworks in New York City, warning that the loud blasts could cause more than just anxiety for pets -- it could be fatal.

Cats, specifically, are at risk of developing life-threatening urethral obstructions from fear due to the incessant pyrotechnics, experts told The New York Post.

“The stress of fireworks right now is a lot on pets,” said Dr. Natara Loose of The Neighborhood Vet in Brooklyn.

Male felines especially can get stressed out by loud noises, affecting their bladders to the point where they’re unable to urinate. (iStock)

Male felines especially can get stressed out by loud noises, affecting their bladders to the point where they’re unable to urinate.

“What ends up happening is they get an infection in the bladder and their urethra gets spasms… they get a functional obstruction and that can be fatal for them,” said Loose, a veterinarian of 17 years.

Warning signs of the potentially deadly condition include running in and out of the litter pan, going in places where they don’t usually relieve themselves and blood in the urine, said Dr. Brett Levitzke, a vet with VERG in Brooklyn.

“If they do become obstructed, they’ll start to show more significant signs of illness,” like not eating or throwing up, Levitzke said, as he urged owners who spot the signs to call their vet immediately.

“If you expose any dog or cat to constant stressful events, it will definitely have some psychological or behavioral long-term effects,” he added.

“Really, the only way to get this anxiety to stop is to get the fireworks to stop.”

Complaints about the illegal pyrotechnics have exploded recently -- with a whopping 8,967 gripes reported to the city’s 311 system from June 1 through Sunday, compared to just 28 recorded the previous year.

But as the fiery racket continues, veterinarians have reported an influx of desperate calls from worried pet owners. One woman said she found her cat cowering in the bathtub, and lying in a pool of his own sweat, Loose said.

“For that to happen, it indicates pretty significant stress,” she said.

Nervous furballs may also stop eating, which can lead to liver failure, she added.

Distressed dog owners have been phoning too, reporting that their pups have suddenly stopped wanting to go on walks past a certain time of the night, and how they start to tremble if they do venture outside.

The seemingly constant hail of fireworks has even caused some dog owners to leave the city for their pups’ peace of mind, The Post previously reported.

Manhattan veterinarian Jodie Poller reported an uptick in calls from “panicky” dog owners, many of whom have adopted their pups during the coronavirus pandemic.

“Dogs and fireworks do not mix -- they get anxious,” says Poller, owner of First Avenue Veterinary Hospital near Stuy Town. “People are calling for sedation and meds.”

Poller often prescribes an oral drug called Trazodone that acts as an anti-anxiety agent but there are other steps pet owners can take as well to relieve stress -- including a calming pheromone spray, a constrictive vest, or trying herbal medication, experts said.

They should also monitor their pets’ routines to make sure they’re eating and relieving themselves.

But, ultimately, “I don’t see them getting relief until the fireworks stop,” Loose said.