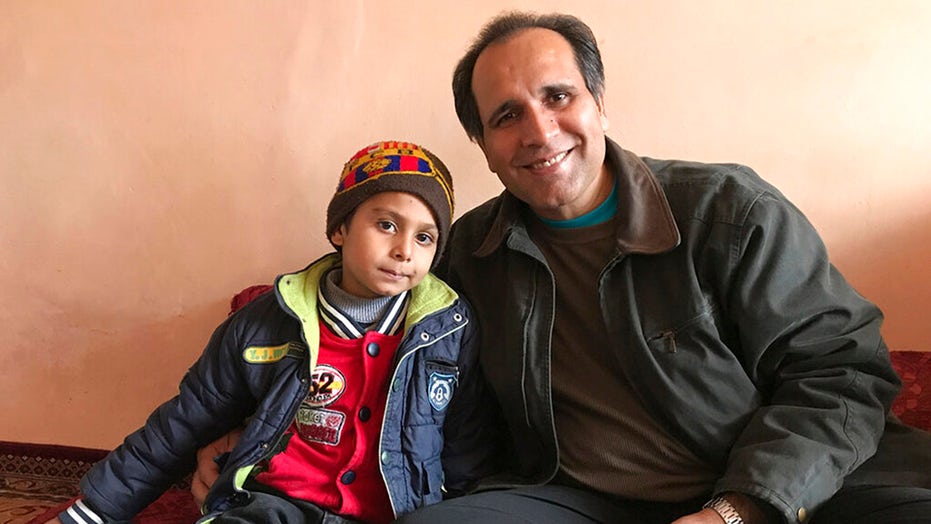 A family that has been in the process of adopting a 10-year-old Afghan boy for the past five years is now desperately trying to get him out of the country after the collapse of the Afghan government.

Bahaudin Mujtaba and his wife Lisa, from Fort Lauderdale, Florida, were hoping they would finally be able to bring Mujtaba’s distant relative Noman, 10, to their home this year.

Noman and the family who currently has custody of him tried to get a flight out of Kabul on Tuesday, but they were unable to get to the airport because of checkpoints, clogged streets and gunfire. They told Mujtaba that they planned to try again on Wednesday, according to the Associated Press.

COLORADO FAMILY STRANDED IN AFGHANISTAN AFTER FLIGHT HOME IS CANCELED

"I have tears in my eyes this morning and my wife has tears in her eyes," Mujtaba told the AP. "I couldn’t really say much else other than ‘Go for it’ and ‘Be careful.’"

Because the Taliban is unlikely to uphold the adoption agreements from the Afghan government, Mujtaba and his wife want to get Noman out of Afghanistan as quickly as possible. Regardless of where he goes, Mujtaba said he would fly there to meet Noman.

"The first goal is to get him out of Afghanistan safely," he added.

SOME KIDS WILL LEARN, EAT OUTSIDE AS SCHOOLS RESUME AMID COVID-19 DELTA VARIANT SURGE

It’s unclear how many among the throngs of people trying to flee Afghanistan include potential adoptive children. One other U.S. family, based in Indiana, is working with the same adoption agency as Mujtaba and is trying to get a 2-year-old boy out of the country.

Mary King, executive director of Frank Adoption Center in Wake Forest, North Carolina, is working with the families and said they had full permission from Afghan courts to bring the children to the U.S. and finalize the adoptions. They were awaiting U.S. visas, but everything changed in the past few days.

"This all came about much faster than any of us anticipated, so we don’t know," she said. "We have put them on every list. We’ve filled out every form we’ve been told about. Their names are everywhere we can get them, as far as with the appropriate U.S. authorities. And so now we are waiting to hear what may happen next."

Mujtaba and his adoption agency have reached out to Florida Sen. Marco Rubio’s office for help. Mujtaba has even offered to go to Afghanistan with the U.S. military, offering his familiarity with the language and culture in return for a chance to bring the boy home.

Rubio’s office confirmed with AP that it is working with Mujtaba and the adoption agency but did not offer more details about what options the senator’s staff was pursuing.

Mujtaba, who lives in Florida, is trying to adopt Noman and bring him to the United States. The two are pictured in 2017. (Courtesy of Bahaudin Mujtaba via AP)

King, whose agency primarily handles international adoptions, said her agency processed another adoption from Afghanistan in 2017, but they’ve never had to deal with a collapsed government. She said her team are working with the families to get the children out, hoping to secure emergency visas amid a situation she described as "very, very scary."

"I’m watching this as their social worker. I cannot fathom what they themselves are feeling and what these little boys are feeling," she said.

The adoption process in Afghanistan required working through the Afghan Family Court and was limited to Muslim guardians. Families that receive permission from the court can then bring a child to the U.S. to finalize an adoption, according to the State Department.

But under Taliban rule, it’s all but certain not to be permitted now, Mujtaba told AP, especially from a family based in the U.S.

Mujtaba, a U.S. citizen who emigrated from Afghanistan 40 years ago, met Noman five years ago when Mujtaba was visiting Kabul. Noman’s mother died of cancer and he was left with adult brothers and an elderly father who couldn’t care for him.

According to Mujtaba, Noman loves music, gets top grades in school and has big dreams to become an engineer or a doctor.

"I just basically fell in love with this little boy," Mujtaba told the AP, "And based on hearing everything, then we knew we had the means and the motivation to help him."

"I just basically fell in love with this little boy," Mujtaba said, "And based on hearing everything, then we knew we had the means and the motivation to help him." (Courtesy of Bahaudin Mujtaba via AP)

Noman also appears to have diabetes and other medical issues, but it is unclear to Mujtaba if Noman has received the proper diagnosis or treatments.

"That’s the environment, unfortunately, that you’re in, in Afghanistan," Mujtaba said. "We’re not really sure exactly what the problems might be, once we get here. He’s fine for a period of time and then, unfortunately, he’s not.

Mujtaba and his wife decided to adopt Noman even though Lisa, an American, has never been to Afghanistan or met Noman, because Mujtaba worried it was too dangerous for Lisa to visit the country.

Since his first meeting with Noman, Mujtaba, a professor at Nova Southeastern University, has visited Afghanistan 10 times and stayed three to five weeks at a time.

Mujtaba told AP he felt like the long adoption process was finally coming to a close and that he was going to be able to bring Noman home to Florida soon. Now, he’s not sure if or when that will happen.

"I think that that’s in jeopardy now," he said.