One island's natural disaster is another couple’s perfect wedding backdrop.

Chino and Kat Vaflor married Sunday at a venue roughly 10 miles from Taal Volcano, right as the volcano was erupting. The pictures taken show the pair at the altar with an intensely dramatic background of ash and smoke billowing behind them. 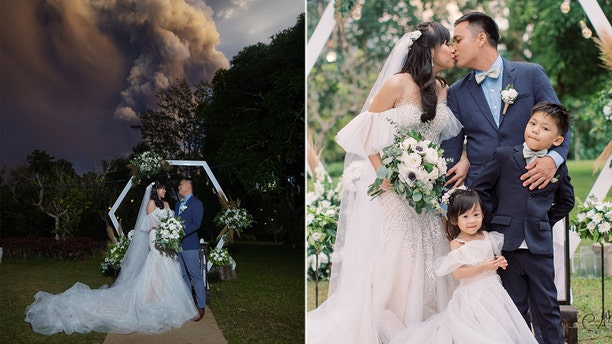 Chino and Kat Vaflor married at a venue roughly 10 miles from Taal Volcano Sunday, right as the volcano was erupting. (Randolf Evan Photography)

The wedding party knew of the the volcano, which is located about 37 miles south of Manila, and its potential eruption.

Despite the warnings, the wedding continued as planned.

In an image shared on Facebook by the venue, Savanna Farm Tagaytay, swirls of smoke are seen in the background while guests look on.

“The wedding continues!” the photo was captioned. 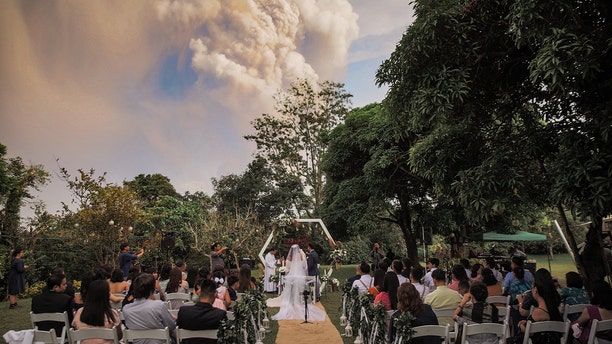 The wedding party knew of the potential for the volcano, which is located about 37 miles south of Manila, and its potential eruption. (Randolf Evan Photography)

On Facebook, the picture received over 20,000 reactions and nearly 6,000 shares as of Monday afternoon.

“What a beautiful picture!” one wrote.

“What a magnificent backdrop,” another commented. 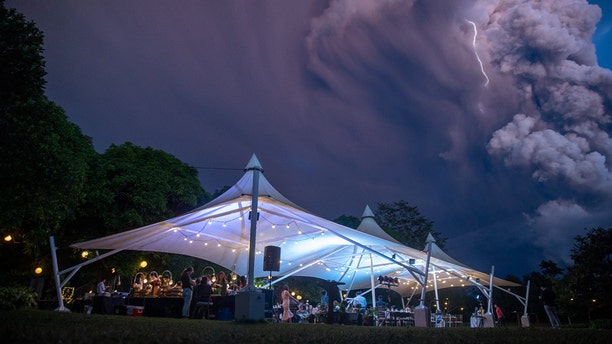 Despite the warnings, the wedding continued as planned. (Randolf Evan Photography)

People in high-risk areas on the island were evacuated. There have been no reports of injuries or deaths.

Taal is one of the world’s smallest volcanoes and one of the two dozen active ones in the Philippines.