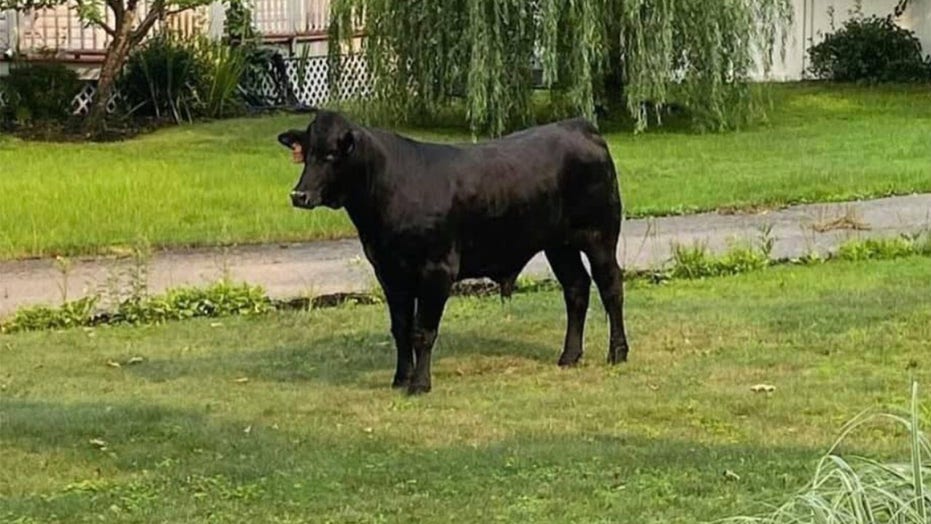 Long Island neighborhoods aren’t known for hosting a running of the bulls.

Residents of Suffolk County in New York, reported seeing a bull running loose on the streets. According to authorities, the animal had escaped from a nearby farm and ran off.

The Suffolk County Police Department wrote on Facebook that it started receiving calls about the animal around 8:20 a.m. on Tuesday morning. The bull was spotted in several different neighborhoods and briefly shut down the section of a highway.

As of Wednesday morning, the bull was still on the loose, Fox 5 reports.

The Suffolk County Police wrote that yesterday had been "an unusual morning for officers."

As of Wednesday morning, the bull was still on the loose. (Suffolk County Police Department)

The post continues, "Police responded to 911 calls reporting a bull running loose on Montgomery Avenue in Mastic at approximately 8:20 a.m. The bull has been spotted in Mastic and Shirley and caused the brief shutdown of a portion of Sunrise Highway."

Authorities wrote that they had "determined that the approximately 1,500-pound bull escaped from a farm, located at 136 Barnes Road in Manorville, after breaking through a fence this morning. Residents are asked to exercise caution if the bull is spotted."

The post ends with the police department asking residents to call in any sightings of the bull, to which the department is "actively responding."

Once the bull is finally captured, it will be tranquilized and then brought to an animal sanctuary in New Jersey, Fox 5 reports. Authorities reportedly nearly corralled the animal in the town of Mastic, but the bull was able to evade capture.