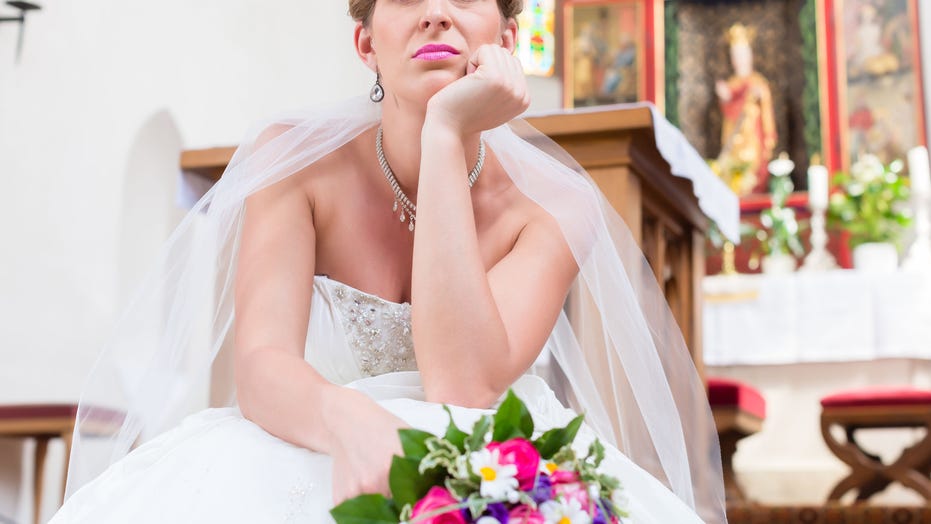 A bride-to-be canceled her entire wedding to spite her future mother-in-law, and the Internet is cheering her on.

Reddit user GirlofBeans took to the site’s Just No Mother-In-Law forums to tell her story. She and her fiancé were planning their wedding when her future mother-in-law demanded that they invite 65 extra people and that it was non-negotiable.

It turns out, GirlofBeans doesn’t negotiate. She takes action.

Her post starts off, “I (26F) have been with my now husband (26M) for roughly 4 years. Things have always been rocky with his mother. He is from a very wealthy family, and I haven’t really lived up to her expectations. I’m from a very comfortable middle-class family, and she refers to us as the ‘bumkins.’ She is overbearing and manipulative, and my husband admits the same.”

When her mother-in-law went too far with controlling the wedding planning, the bride was forced to make a drastic decision.

“We got engaged a while ago, and have been planning our wedding for about a year,” she continues. “The thing is, a legit wedding ceremony has never really been us, it always felt like we were planning out of obligation.”

“TWO MONTHS before our wedding date, his mother sends me a detailed spreadsheet with about 80 people on it, telling me that none of these invitees were optional, and I had better invite all of them. Our wedding was initially only about 50 people, and only about 15 of the people on the spreadsheet were invited. She mentioned how they all had bought flights and booked hotels, even though they had never received invites. This kind of flew me into a blind rage. I called everyone and canceled. We got married in a national park with our two best friends.”

When another user asked how the mother-in-law responded, GirlofBeans replied, “I kind of wish the theatrics were there when we told her. She is very much an ‘appearance’ person, so she would never make a scene. She kind of blanched and was visibly horrified when she realized that SHE would have to call everyone she invited and cancel on them because they weren’t a part of our formal guest list. Honestly, it felt really good to finally see her squirm for once.”

Normally, canceling a wedding after guests have booked flights and made hotel reservations would be considered rude, but in this case, it seems like people were willing to make an exception.

One user called it a “perfect reaction,” saying, “It's not a major blowup over a minor difference of opinion. It's putting your foot down when it needs to be down.”

Another user replied, “She should have at least offered to pay (full (or part, worst case)) her guests´ dinner and stuff if she were going to do that. No one other than the wedding couple is gonna decide who will and won´t be there and she sure isn´t deciding what the wedding will be like.”

Other users praised her husband for going along with the cancellation, with one posting, “I'm so glad your significant other went with it. I guess that's why you married him in the first place.”

Mostly, people just seemed proud of GirlofBeans for standing up for herself. One user posted, “You are my hero. Screw that lady and her manipulative bullshit. I’m proud of you for putting her in her place and a little bit sad for you that you had to. Hugs!”