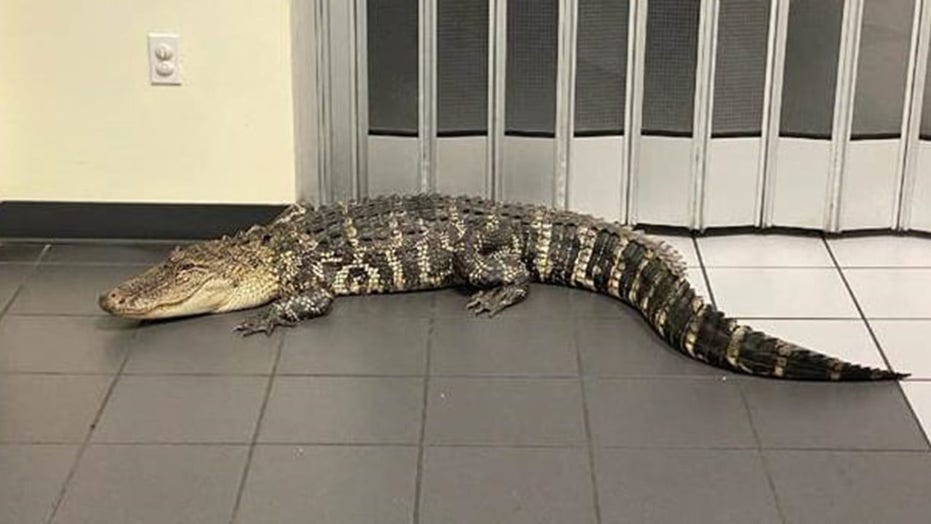 This gator needs to say later to the post office.

A person visiting a post office in Florida reportedly walked into a startling sight: an alligator hanging out in the lobby. Apparently, the animal had simply walked in through the building’s front doors and was hanging out.

The Hernando County Sheriff’s Office posted about the incident on Facebook, writing that it received reports of an alligator in the lobby of a local post office around 3:30 in the morning on Wednesday. The post included a photo of the gator, which appears to be a decently sized animal.

According to a patron who was attempting to mail a package at the time, the gator was just roaming around the lobby. Apparently, the post office has automatic double doors, which would have made entering the lobby possible for the gator.

The sheriff’s office wrote that a trapper was called to the scene and that the alligator was safely removed. No injuries were reported.

According to the post office’s website, its lobby is open 24 hours a day, although retail operations are only available during normal business hours.

The post continues, "The alligator was observed by a patron who came to the post office to mail a package. This post office location features automatic double doors that allow entrance into the lobby. A trapper responded and safely removed the alligator from the lobby."