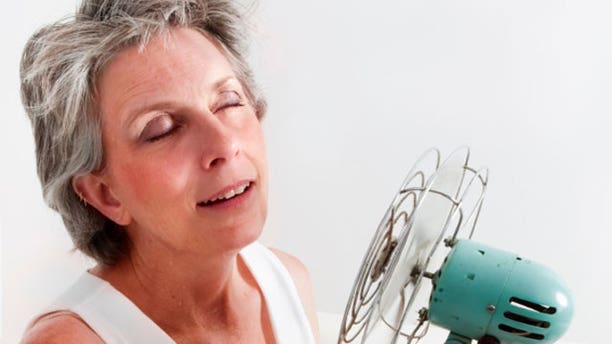 Women who spend a lot of time exercising or eat a heart-healthy diet appear to reach menopause earlier, a new Japanese study shows.

While that doesn't prove work-outs and healthy foods are directly responsible, researchers say the findings could be important for cancer prevention.

For the study, researchers tracked more than 3,100 premenopausal women over 10 years. Those who exercised the most -- about eight to 10 hours a week -- were 17 percent more likely to start menopause during the study than their sedentary peers.

Similarly, women who ate the most polyunsaturated fats -- found in many fish and vegetable oils -- were 15 percent more likely to reach menopause than those who got the least.

During menopause, a woman's ovaries stop producing eggs and she can no longer get pregnant. According to Dr. Margery Gass, who directs the North American Menopause Society, menopause usually begins between ages 41 and 55.

In the new study, published in the journal Menopause, Dr. Chisato Nagata of Gifu University and colleagues gave food and activity questionnaires to women aged 35 to 56 at baseline.

Over the next decade, nearly 1,800 women went through menopause. Although it's unclear how old they were when that happened, the findings suggest very active women and those getting lots of polyunsaturated fats have a higher chance of reaching menopause early.

Doing so means women have less exposure to high estrogen levels, said Dr. JoAnn E. Manson, president of the North American Menopause Society. The hormone promotes breast tumors, and that may explain why early menopause is tied to a lower risk of breast cancer.

On the other hand, Manson told Reuters Health, early menopause has also been linked to increased risks of heart disease and bone thinning.

"I wouldn't want women to be concerned that they would be at higher risk of cardiovascular disease or osteoporosis if they make lifestyle modifications," she cautioned. "The benefits far outweigh any risks.

Manson noted the study doesn't prove cause and effect, and factors other than diet and exercise could play into the timing of menopause.

Other studies on menopause have been contradictory. For example, high levels of physical activity -- usually five or more hours of exercise per week -- have been tied to early menopause. But they've also has been linked to irregular menstrual cycles, which could lead to later menopause.

Even in this latest study, researchers called the relation between exercise and the timing of menopause "small or null."

Total fat as well as saturated fat, which comes largely from animals, didn't have any effect on the timing of menopause, the Japanese researchers note.

Manson, also at Harvard Medical School in Boston, said physical activity lowers estrogen levels, and that may be why it's linked to early onset of menopause.

"The take home message from this study is regular physical activity and regular heart-healthy patterns are advisable for reducing the risk for several hormone-related cancers and osteoporosis," she says. "It's a modest effect, but it matters."