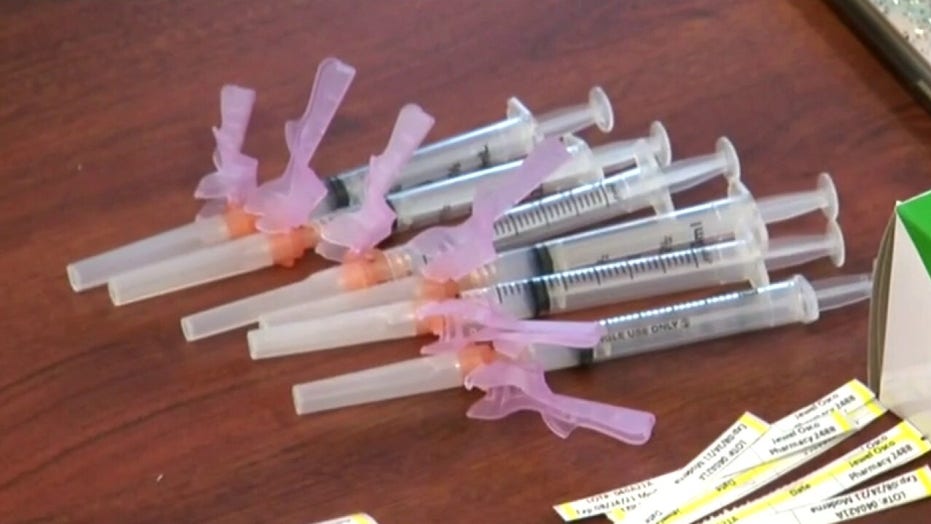 US sets record for COVID vaccinations as distribution speeds up

AstraZeneca plans to file for US emergency use authorization next month for its COVID-19 vaccine — but the process could be under intense scrutiny with several European countries pausing its use over concerns about blood clots.

The British pharmaceutical company has directed an independent review of data from its study of more than 32,000 volunteers in the US.

If the results are promising, the vaccine could start the emergency approval process with Food and Drug Administration sometime in April.

"The main thing that’s going to be looked at is the efficacy and safety demonstrated in the US clinical trials of the medication and among the safety features that they’ll look at will include any episodes of clotting and bleeding," said Dr. David Hirschwerk, an infectious disease expert at Hofstra University’s Zucker School of Medicine.

"It is almost certain that they’ll take into consideration the concerns that were raised in Europe."

More than a dozen countries halted AstraZeneca shots pending the results of an investigation into reports in Denmark and Norway of potential side effects.

While blood clots and bleeding have been reported among people who have received the vaccine, no evidence has suggested there’s a direct link.

But any proof of serious side effects could mean that the drug will face an uphill battle in seeking approval across the pond in the US.

The company over the weekend insisted it has found no evidence of a link.

With such large numbers of people receiving the vaccine, some are bound to experience blood clots, Collins said.

"There may be a bit of an overreaction to something that is unrelated to the vaccine itself," the medical expert said.

As far as the FDA approval process, Collins said he believes they’ll get the results of the trial data shortly and then will need about three weeks to analyze it.

"I think we all hope that it will be a really good news story. And we’ll have the fourth vaccine to add to the list to enhance our ability to get everyone immunized in the country as soon as possible," Collins said.