‘We never talked about it’: As opioid deaths rise, minority families stay silent 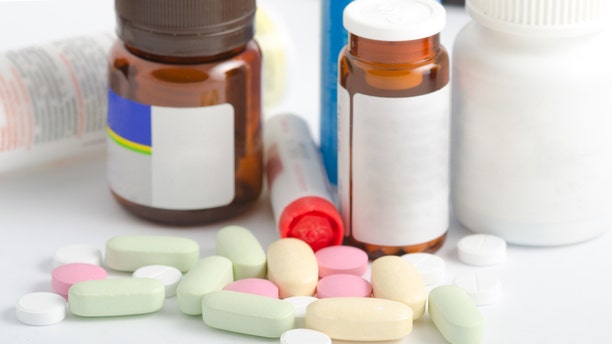 DETROIT — When Ria Noriega’s cousin Manuel died of a heroin overdose six years ago, his obituary mentioned his quick wit and his model-car collection. But it made no mention of the overdose that killed him.

“We never really talked about it,” Noriega said, standing near the banks of the Detroit River at a rally against heroin earlier this month, where about 30 people were gathered on a chilly afternoon.

“It was kind of a Mexican pride thing, I guess. I mean, people already don’t want us here, so being a drug addict kind of makes it worse.”

There’s a new honesty these days about drug abuse. In obituaries, media interviews, and letters to lawmakers, families that have lost loved ones to overdoses are naming the drugs that killed them.

As more and more people emerge from the shadows to put a face on the nation’s opioid epidemic, however, faces of color are notably absent.

In part that reflects the makeup of the epidemic itself: While deaths among white Americans have soared, those among blacks and Latinos have stayed relatively steady.

But interviews here and around the country by STAT found that the invisibility of blacks, Latinos, Asians, and Native Americans in the opioid crisis also reflects a cultural divide that comes both from outside and within minority communities.

Nationally, deaths from opioids — primarily fentanyl, prescription painkillers, and heroin — continue to climb. From 8,400 opioid overdose deaths in 2000, the fatalities now surpass 33,000. White Americans made up 82 percent of those deaths in 2014; blacks and Latinos comprised just 8 and 7 percent respectively.

But those thousands of deaths are rarely publicly discussed.

The stigma of addiction is one factor. Contending with shame and the real or imagined judgement of others is hard for any family. Addiction also brings with it the baggage of long association with criminality, unemployment, and violence — characteristics that have been stereotypically attributed to blacks, Latinos, and immigrants.

“I’m a black person,” said Dr. Helena Hansen, a New York University psychiatrist and anthropologist who researches addiction and race. “And if I were to die of an opioid overdose, my mother would not say anything about my overdose death, because she is working against stereotypes of black women as addicts and sex workers.”

“As Mexicans, we get called enough names,” Noriega said. “And then to be called a junkie, too? No. We’d just rather take care of our own and keep it quiet.”

Instead, said Devin Reaves, a social worker and drug counselor in Philadelphia, “there are code words. So [the obituary] might say, ‘Johnny died suddenly in his sleep.’ But if Johnny is 25 and not 70, and he didn’t have a heart condition, he probably overdosed. And nobody knows he died of an overdose until we see it on Facebook.”

That’s if there is an obituary at all, said Albert Gilbert, an addiction counselor in Detroit.

“[Black families] don’t have funerals for those people,” he said. “We cremate those people. You’re kicked out of the family for that behavior, and the family is often glad when [the addict dies] and it’s finally over.”

Hansen, who works at a public hospital, sees this often.

“Sometimes I have to go and identify the body of a client who has overdosed,” she said, “because they’re estranged or have lost touch with their families.”

A similar silence often surrounds overdose deaths among immigrant families. Iman Numan, an Iraqi-American who owns a funeral home in the Detroit suburb of Hazel Park, lost her 26-year-old nephew Peter Alraihani to heroin in 2014.

Recalling his years-long struggle with addiction, she said, “there was always a question in his eyes, and it was there when he died.”

His obituary didn’t mention his drug use, nor have his immediate family spoken publicly about it.

Since then Numan, who is also a social worker, has started a support group at her church for families struggling with addiction.

“We first had a good turnout,” she said. “Some people would just come and sit and listen and never talk about their own families. And then they would stop coming. For most of the families we know, there is still some denial and closed-mindedness, still some shame.”

But she admits her own family members have wrestled with similar feelings. “We left Iraq for a better life. We are very loyal to this land and we feel very bad when our children fail in this society that has welcomed us.”

Hansen sees the racial stigma on drug use as a vestige of the war on drugs that began in the 1970s. As heroin (and later, crack cocaine) ravaged black and Latino communities, policies designed to fight the epidemic were largely punitive, with many addicts getting jail time rather than treatment.

Now, she says, with more white deaths, that approach to addiction has gotten more scrutiny. “When the victims are coming from white, suburban and rural areas where people are better organized and feel that they deserve better, we no longer blame addicted people because it’s no longer politically supportable,” she said. “Instead, we’re taking a harm reduction approach and expanding access to naloxone kits. And we have Good Samaritan laws to maximize the reporting of overdoses and save lives. It’s the image of the epidemic that drives policies.”

Numan pointed out those policies as reason for families like hers to acknowledge addiction in their community.

“They have all these ways of getting help, and we don’t know about them because we don’t want to accept that our kids are using,” she said. “But we need to come up with a way to voice this or more of them are going to overdose.”

Noriega agrees. A recovering addict herself, she said that being open and honest is more helpful than secrecy.