Walmart to limit opioid prescriptions at pharmacies amid epidemic 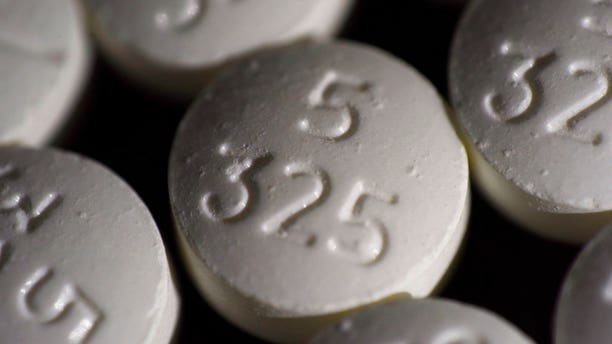 Walmart and Sam’s Club pharmacies are set to limit customers’ acute opioid prescriptions to a seven-day supply, with up to a 50 morphine milligram equivalent maximum per day, the company said in a news release.

HOW THE WHITE HOUSE IS TACKLING THE OPIOID EPIDEMIC

The new rules align with the Centers for Disease Control and Prevention’s guidelines which suggest “three days or less will often be sufficient” for those prescribed the painkillers, and “more than seven days will rarely be needed.”

Walmart will follow state laws for those which require opioid prescriptions to be filled for less than seven days.

According to the CDC, an estimated 115 Americans die each day from an opioid overdose. Opioids, including prescriptions and heroin, killed 42,000 people in the U.S. in 2016 — the highest on record.

Additionally, by January 2020, Walmart pharmacies will require e-prescriptions for controlled substances, as they have “proven to be less prone to errors, they cannot be altered or copied and are electronically trackable.”

“We are taking action in the fight against the nation’s opioid epidemic,” Marybeth Hays, executive vice president of U.S. Walmart’s Consumables, Health & Wellness, said. “We are proud to implement these policies and initiatives as we work to create solutions that address this critical issue facing the patients and communities we serve.”

The updated pharmacy guidelines come four months after Walmart said it would give customers who were filling opioid prescriptions a packet of powder to dispose of excess medication.