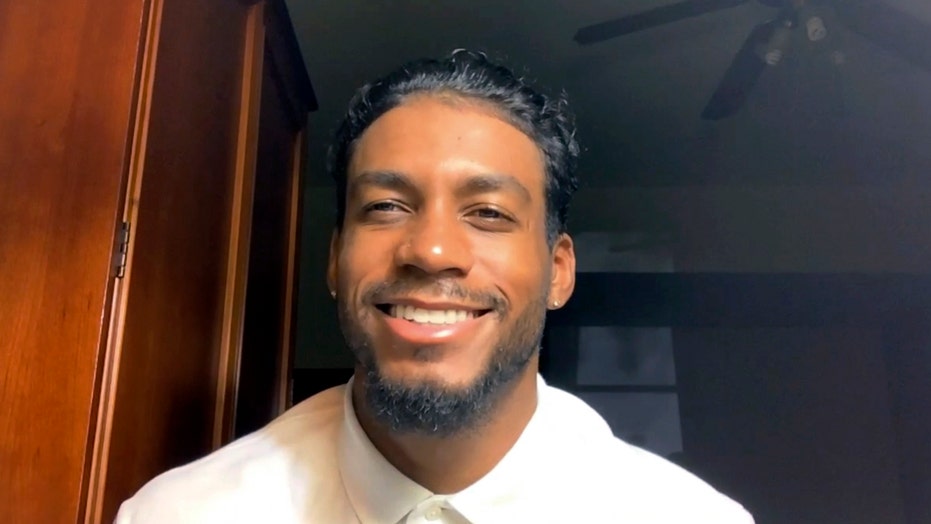 Nearly 200 Americans evacuated from China's virus zone undergoing medical evaluations on a Southern California military base are being cautious about mingling with each other and some are wearing masks and gloves at their hotel-style accommodations, one of the evacuees said.

The group includes U.S. consular officials and families with children, who have been playing with base-provided scooters, bikes, footballs and soccer balls. They are having their health monitored for at least three days for signs of the virus that has sickened thousands and killed more than 200 people.

Jarred Evans, a professional football player in China, is one of the Americans evacuated from a Chinese city at the center of the deadly coronavirus outbreak.  (AP Photo/Patricio Espinoza)

They were flown out of Wuhan, the Chinese city at the epicenter of the outbreak, on Wednesday and while on the base have been given blood tests and nose, throat and mouth swabs. Most of the virus cases are in China, but the outbreak has spread to more than a dozen countries, and the World Health Organization declared a global emergency Thursday.

The U.S. has advised against all travel to China and on Thursday confirmed the country's first case of person-to-person spread of the virus, a man who is married to a Chicago woman in her 60s who got sick after she returned from a trip to Wuhan.

One person tried to leave the base Wednesday night and Riverside County officials ordered the person quarantined for two weeks unless medically cleared before then, said Jose Arballo Jr., a spokesman for the county's public health agency. That means the unidentified person must remain with the group on the base, he said.

Arballo said early Friday that none of the passengers had shown signs of the illness but that he was about to go into a briefing for an update on the evacuees' health. The evacuees are staying in hotel-style housing on the base and spent time Thursday exercising in a grassy area, some wearing masks, he said.

A mobile medical clinic was set up in that area of the base so the evacuees will not have to go elsewhere for medical care if they need it, Arballo said.

Evans, who moved to Wuhan several years ago to play in a Chinese football league, said he would stay at the base until testing shows he is free of the virus.

Before the outbreak took hold, he said people in the city of 11 million people were happy as they prepared for the Lunar New Year holiday season.

The Chinese government shut down the city — banning buses, trains, taxis, and personal cars and the military patrolled some streets — and he compared its deserted atmosphere to an Old West ghost town.

“Imagine New York City being shut down," he said. "I was completely scared at first, because I didn’t know exactly what was going to happen."

Evans holed up in his home for a week and a half until he received the news that the U.S. Embassy was evacuating its diplomats and their families and other U.S. citizens. He was notified that a chartered flight would carry some of the 1,000 or so Americans in Wuhan back to the United States the next day.

An acquaintance who drove him to the airport and U.S. officials notified Chinese authorities of the license plate number so that the car was allowed to drive on the streets.

On the plane chartered by the U.S. to take the evacuees home were two men in full hazardous material suits who warned them about the seriousness of the outbreak. Nobody appeared sick but all of passengers decided to wear masks throughout the flight, Evans said.

The plane flew to Anchorage, where the passengers had health screenings, and they cheered and applauded when the jet landed at the California base. Evans said the muted social experience on the base has been strange

“I'm a very hands-on person," Evans said. “And for me to be quiet and not to interact with others has been one of the hurtful things that I have to do. But to protect myself, I have to do it.”