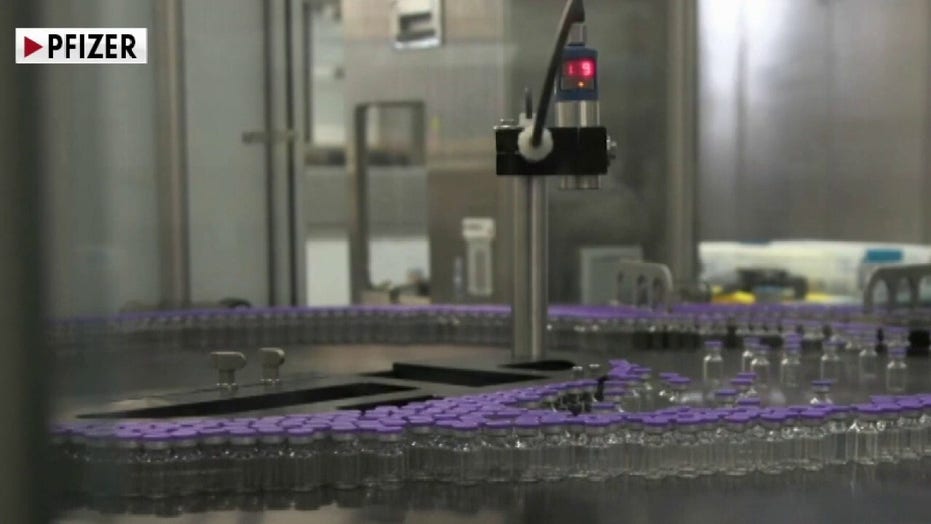 U.K. regulators said people who have a ‘significant history’ of allergic reactions shouldn’t receive the new Pfizer vaccine while they investigate two adverse reactions that occurred on the first day of the country’s mass vaccination program.

U.K.’s first recipient of Pfizer and BioNTech’s coronavirus vaccine received her second dose of the shot on Tuesday, becoming the first person outside of clinical study to be fully inoculated, according to reports. Margaret Keenan, who received her first dose on Dec. 8, returned to Coventry’s University Hospital to receive the second.

The 91-year-old, who was the first in the world to receive the jab after the U.K. leapfrogged the European Union to grant the vaccine temporary approval, had previously urged "everybody" to get the vaccine "when they are asked to do so."

"We were delighted to welcome Margaret Keenan back to Coventry’s University Hospital today to safely receive the second dose of the vaccination, after she became the first person in the world to receive the Pfizer COVID-19 following its clinical approval," Professor Andy Hardy, chief executive of the hospital, said in a statement, according to Sky News. "Our hardworking staff who had been involved in the vaccination programme have remained in contact with Margaret’s family since that day and we are delighted that Margaret has been continuing to recover well at home following her discharge from hospital."

Hardy added that it’s "important that everyone comes forward to get the jab when they are invited to do so."

The U.K. has enacted coronavirus-related restrictions including travel bans and stay-at-home orders in a bid to stifle another wave of infections as the positivity rates spike in several areas. The country has also identified two additional strains of the coronavirus, including one believed to be more transmissible than the others.

Pfizer has said that in its current form, the vaccine should be effective against preventing the newly identified strains, but that the "flexibile" technology will also allow for tweaks to be made if necessary. The vaccine, which was developed using mRNA technology and is said to be more than 90% effective in clinical trials, requires two doses that must be spaced 21 days apart.

Keenan had previously said she felt "great" following her first dose of the vaccine. Her first shot kicked off the country’s vaccination campaign that has since seen over 600,000 people receive the jab.

Since the rollout in the U.K. and several more worldwide, there have been instances of allergic reactions in a handful of recipients, including in U.S. health care workers.

For now, the Centers for Disease Control and Prevention (CDC) said that people who have a history of severe reaction to any of the ingredients found in the Pfizer vaccine should abstain from getting it.