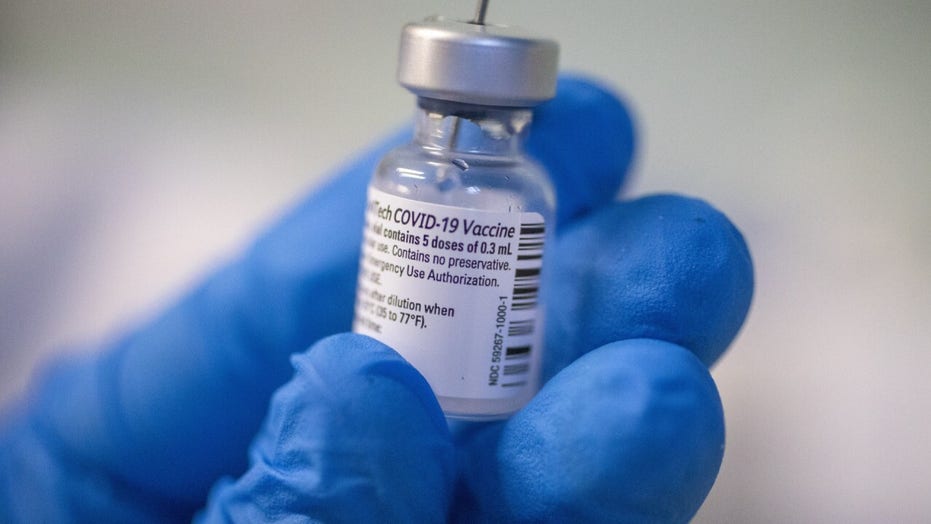 The highly-contagious COVID-19 variant first detected in the United Kingdom is now spreading rapidly throughout the US — doubling around every 10 days, according to a new study.

Researchers predicted the strain known as B117 could become the most prevalent in the nation by next month, according to the study, which is yet to be peer reviewed and was released Sunday on the preprint server MedRxiv.

The group led by scientists at the Scripps Research Institute in La Jolla, Calif, determined that the new variant arrived in the US as early as November.

DAILY CORONAVIRUS CASES IN US DROP BELOW 100,000, DATA SHOWS

By looking at genomic analyses of the virus samples, they found that the mutation had doubled in frequency about every week and a half.

In Florida, the new strain is estimated to now be responsible for around 4 percent of all cases.

By comparison, the national rate is probably between 1 and 2 percent, researchers said.

The study estimated that its transmission rate has been between 35 and 45 percent higher than other strains — prompting researchers to warn that "immediate" action is necessary in order to prevent surges similar to the ones that have forced new lockdowns in the UK.

"Our study shows that the US is on a similar trajectory as other countries where B.1.1.7 rapidly became the dominant SARS-CoV-2 variant, requiring immediate and decisive action to minimize covid-19 morbidity and mortality," the authors wrote.

"These findings show that B.1.1.7 will likely become the dominant variant in many US states by March 2021, leading to further surges of COVID-19 in the country," they added.

The Centers for Disease Control and Prevention has detected at least 611 cases of the strain in 33 states, though the variant is likely far more widespread since genetic sequencing is not a standard practice.

This article first appeared on NYPost.com.