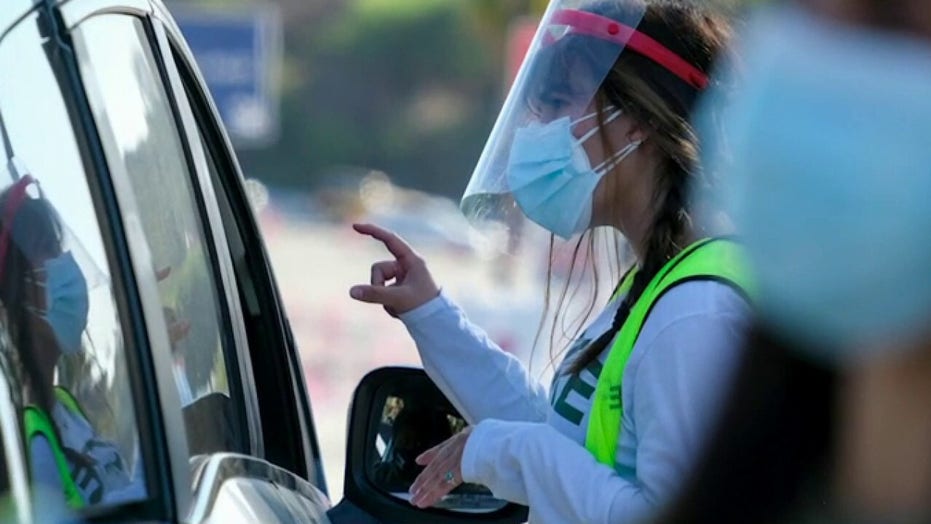 SAN FRANCISCO – Hing Yiu Chung lives in a racially diverse San Francisco neighborhood hit hard by the coronavirus pandemic. While vaccines have been difficult to come by, the 69-year-old got one by showing proof she lives where she does.

She had to wait in line for two hours with other seniors, some who were disabled or leaning on canes, for a chance at a couple hundred shots available each day through a local public health clinic in the Bayview neighborhood.

"Fortunately, it wasn’t a cold or rainy day, otherwise it would have been harder," she said in Chinese.

The experience wasn’t ideal, but targeting vulnerable ZIP codes is one way San Francisco and other U.S. cities and counties are trying to ensure they vaccinate people in largely Black, Latino and working-class communities that have borne the brunt of the pandemic. In Dallas, authorities tried to prioritize such ZIP codes, which tended to be communities of color, but backtracked after the state threatened to reduce the city’s vaccine supply.

Nationwide, states are struggling to distribute vaccines equitably even as officials try to define what equity means. They're debating what risk factors gets someone to the head of the line: those in poverty, communities of color, their job or if they have a disability. Others simply want to vaccinate as many people as possible, as soon as possible.

In California, which has prioritized seniors and health care workers, Gov. Gavin Newsom last week announced a federal partnership for mass vaccination sites in Oakland and east Los Angeles, saying the locations were chosen to target working-class "communities that are often left behind."

"Not only do we want fast and efficient, but we want equitable distribution of the vaccine," he told reporters Monday in San Diego, where he hinted that a mass vaccination site would be announced soon for farm and food workers in central California.

Newsom also says a new state vaccine distribution system will pay providers to offer shots in vulnerable neighborhoods and communities of color. Insurer Blue Shield of California will run the program and collect demographics on who's getting the shots.

"Unfortunately, because of the history of racism and discrimination in the United States, what we see is that those community resources are not evenly allocated," said California's surgeon general, Dr. Nadine Burke Harris. "So we do have to incentivize and pay for performance if we want to get equivalent outcomes in vulnerable communities."

Some counties aren't waiting for a state program.

In agriculturally rich areas, Fresno County has set aside vaccines for farmworkers, while the public health agency further south in Riverside County has partnered with an immigrant advocacy group to inoculate farmworkers.

In Santa Clara County, near the San Francisco Bay Area, community leaders called on Newsom last week to prioritize doses for ZIP codes with the highest COVID-19 rates, saying vaccines are going to wealthier people with internet access and time on their hands. Latinos make up a quarter of the county but represent more than half of COVID-19 infections.

"Our message to the governor is simple: Prioritize communities that have been hit the hardest by this pandemic. That would be a commitment to equity," said Jessica Paz-Cedillos, executive director of the School of Arts and Culture at the Mexican Heritage Plaza, which is in one of five Santa Clara County ZIP codes where the infection rate is double the countywide average.

The plaza in San Jose holds vaccinations two days a week for county residents on a first-come, first-served basis, and people must show proof of age or occupation. Seniors line up well before sunrise, carrying blankets and chairs.

Similar scenes played out at a new pop-up vaccination clinic in San Francisco's Mission District, which also has high infection rates. Some 120 doses a day are intended for health workers and seniors by invitation only, but Jon Jacobo, health committee chairman with the Latino Task Force, easily saw 200 people lined up recently, some in their 90s.

He called the lines of desperate seniors "heartbreaking" but said the clinic needs to prioritize people in the most disadvantaged ZIP codes.

"What I don’t want to see is what’s happening in Washington Heights (in Manhattan) or in South Central LA, where you’ve had doctors helping serve the Black community say, ‘This is the most white people I’ve seen in this neighborhood,'" he said.

Aura Sunux, a 43-year-old immigrant from Guatemala who delivers food and health supplies to homebound clients, received her shot Monday at the clinic.

"I feel relieved, believe me," she said. "I have not gotten sick, but I’ve been very close to people who have come up positive."

California released figures Monday suggesting the lopsided distribution of vaccines to date. Latinos have received 15% of nearly 5 million doses administered — half the rate of white residents, though they make up the bulk of infections and deaths. Black residents have received 2.7% of the doses despite making up 6% of the state's population.

Los Angeles County, the nation's most populous with 10 million residents, has delivered at least one dose to just 7% of Black residents 65 and older, while inoculating more than twice that rate of white and Asian seniors. While lower than the rate for white seniors, 14% of older Latinos have been vaccinated.

"Everyone is pretending like this is going to get done in a month or two months," said Karthick Ramakrishnan, founding director of University of California, Riverside’s Center for Social Innovation. "Now is the time to design these systems so those who are most severely impacted by COVID, in terms of cases and deaths, are those who have a fair shot at getting a shot."

Overwhelming demand for vaccines and short supplies can discourage people from seeking the shot, especially in communities where many are suspicious of vaccines.

Health officials said working with community groups is key to ensuring people have access to the vaccine and get it. Riverside County gave more than 600 shots during two visits to the farm-rich Coachella Valley by joining with a local group that signed people up, said Jose Arballo, public health agency spokesman.

"We can do a million clinics," he said, "but if they don’t want to come because they’re afraid or anxious or afraid their information is going to be used as part of immigration enforcement, they’re not going to come to us."