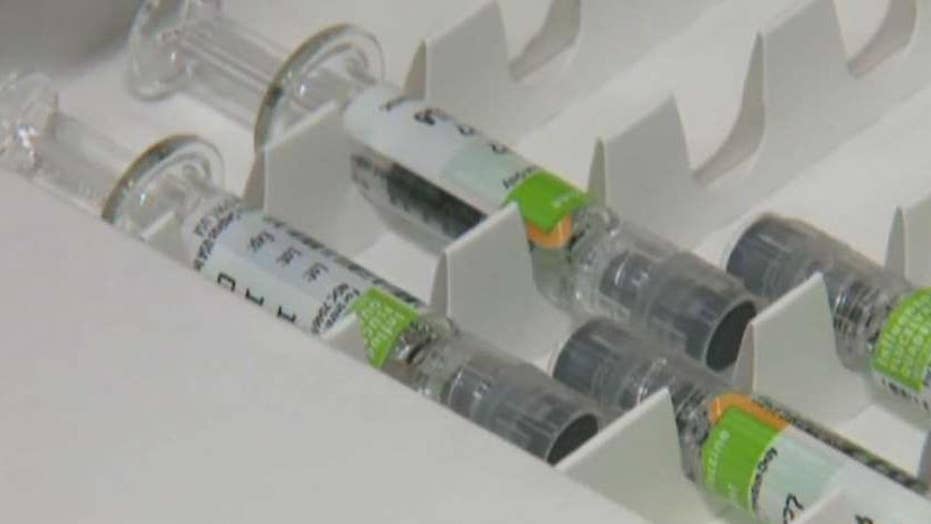 Seattle public schools warns thousands of students to get vaccinations in compliance with Washington state laws or be excluded from school; Fox News medical correspondent Marc Siegel weighs in.

Students in Seattle who do not have the required vaccinations could be prevented from returning to class when school resumes on Jan. 8, officials said.

As of Friday, some 1,400 students did not have up-to-date vaccination records, according to officials with Seattle Public Schools, as reported by Q13 Fox.

“It’s going to be a matter of the district and the school, principals and teachers and nurses doing everything they can right here at the finish line to get all the students' records updated come January 8,” Tim Robinson, a spokesperson for Seattle Public Schools, told the news station. Free vaccination clinics were offered over winter break, he noted, adding the number of students without up-to-date vaccination records is expected to decline before the Wednesday deadline.

That said, those who do not meet the deadline will not be allowed to return to school “until the required information is provided to the school nurse,” according to a December statement on the Seattle Public Schools website.

The news comes after a new Washington State law that does away with personal and/or philosophical exemptions to the measles, mumps, and rubella (MMR) vaccine went into effect over the summer. The law “also requires that students are fully vaccinated, be in the process of completing immunizations or have a signed Certificate of Exemption (religious or medical exemption) in order to attend school,” as per the statement.

Any missed days over outdated immunizations records will be counted as unexcused absences, the district said, noting they will be marked as excused only after updated records are submitted.

The Seattle Public School District is comprised of 50,000 students and 104 schools, according to CNN.

“I think as responsible parents, we all should be responsible for our children,” one parent, Marieck Garcia, told Q13 Fox. “I think that’s important to keep everybody healthy.”