Rare narcolepsy-linked disorder paralyzes teen when she laughs: ‘You have no control over your body’

A British teen reportedly suffers from a rare disorder that causes uncontrollable muscle paralysis when she exhibits strong emotions such as laughter.

Speaking to the New York Post, Billie Hodgson, 17, said she was officially diagnosed with cataplexy, a neurological disorder linked to narcolepsy, last spring but first noticed symptoms at age 14 when she “fell to her knees” when laughing with a friend.

Cataplexy causes “sudden and uncontrollable muscle weakness or paralysis” that is often “triggered by a strong emotion, such as excitement or laughter,” states the National Sleep Foundation. Stress, anger, and fear can also be triggers.

“Without much warning, the person loses muscle tone and can have a slack jaw, broken speech, buckled knees or total weakness in their face, arms, legs, and trunk. A person experiencing total cataplexy stays awake and is aware of what is happening, but cannot move,” it adds, noting the episodes typically last for a couple of minutes. 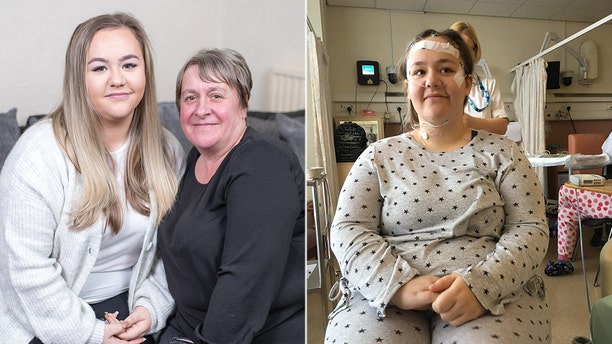 The teen says the condition leads her “not to be involved in funny situations to avoid cataplexy, especially in front of those who are not as familiar with it.”

Though Billie said she has "to make light” of the rare disorder, she did note that it has impacted her social life and her future career plans. Cataplexy has prevented her from driving and has forced her to scrap her dream of becoming a midwife; the teen reportedly has trouble controlling her hand movements as a result of cataplexy, she told the Post.

WHAT CAUSES NIGHTMARES? HERE'S WHY YOU MAY BE PRONE TO SCARY DREAMS

There is no cure for the disorder, but it can be managed with “good sleep hygiene practices and the use of mediation as necessary,” according to Medical News Today.

“It’s so hard to explain how it feels when I collapse,” Billie added. “It’s like you have no control over your body.”