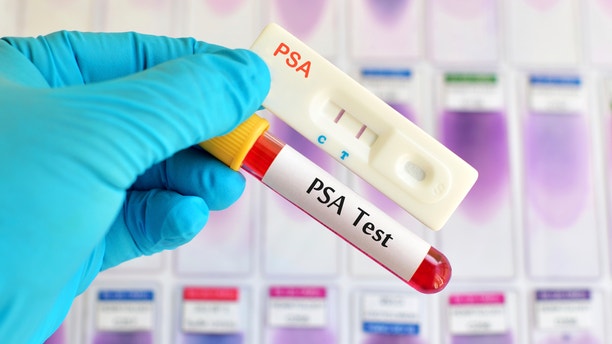 One in seven men will be diagnosed with a disease that rarely presents with symptoms: prostate cancer.

There are more than 160,000 new cases of prostate cancer expected in the U.S. this year, and men have an 11.6-percent chance of developing the disease over the course of their lifetime, according to the NCI’s Surveillance, Epidemiology and End Results (SEER) program.

This common cancer is treatable when caught early, with a nearly 100-percent five-year survival rate for cancers that haven’t spread beyond the prostate or have only spread to nearby areas, per the American Cancer Society. But the survival rate plummets to 29 percent among stage IV cancer cases when the disease spreads to distant parts of the body.

What are the symptoms and signs?

“The most common symptom is no symptom at all,” Dr. Christopher Anderson, a urologist with New York-Presbyterian/Columbia University Irving Medical Center, told Fox News.

Some men may experience symptoms like pain in the bones and weight loss when the cancer has already spread, Anderson said.

Dr. Philip Kantoff, a medical oncologist and chair of the department of medicine at Memorial Sloan Kettering Cancer Center, reiterated that the disease doesn’t typically cause symptoms. Symptoms could instead be due to an enlarged or inflamed prostate, neither of which are cancerous.

Dr. Ketan Badani, the vice chairman of urology at Mount Sinai Health System, said that “some patients may have vague urinary complaints,” like having to urinate more frequently, and that there aren’t symptoms until the disease is advanced. The majority of men who have urinary issues don’t have prostate cancer, he noted.

Advanced cases of prostate cancer may present with symptoms like urinary problems, blood in urine, blood in semen or erectile dysfunction, the ACS says.

What are some prostate cancer risk factors?

Men ages 50 to 75 are considered more at risk, “and the older you get, the higher the risk,” Badani indicated. Family history, “especially a first-degree relative like a father or brother” who has had the disease, is another concern.

African, Afro-Caribbean, South Asian and Hispanic men are more at risk for “more aggressive” forms of prostate cancer, he explained.

What should you do if you think you might have prostate cancer?

“A discussion with your physician is warranted before symptoms occur,” Kantoff advised, adding that men should decide with their doctors if a prostate-specific antigen (PSA) test, which looks at the level of PSA in blood, is right for them.

Badani recommended that men get both annual digital rectal exams and PSA tests. Multiple PSA tests over time are a better indicator of potential concerns as opposed to a single test result, he explained.

If you’re concerned you might have prostate cancer, speak to an internal medicine doctor or a urologist, Anderson recommended. He stressed that all patients with blood in their urine should see a urologist.

What should I know about PSA screening?

PSA screening has been controversial. In 2012, the U.S. Preventative Services Task Force recommended against PSA screening when it said “there is moderate certainty that the benefits of PSA-based screening for prostate cancer do not outweigh the harms.”

PSA screening involves a simple blood test for elevated levels of a protein that may signal cancer but also can be caused by an enlarged or inflamed prostate. It can find cancer that doesn’t need to be treated, as it’s too small and slow-growing to become deadly. Radiation or surgery to remove the prostate may result in impotence and incontinence.

This year, the task force said in an April draft recommendation that it “recommends that clinicians inform men ages 55 to 69 years about the potential benefits and harms of prostate-specific antigen (PSA)–based screening for prostate cancer.” It did not recommend PSA screening in men ages 70 and above.

THE DO'S AND DON'TS OF THE PROSTATE CANCER DIET

“Proper use of PSA is what I recommend from an early detection standpoint,” Kantoff said.

Symptoms shouldn’t be the motivating factor for screening, he said, saying it should instead be a decision in one’s 40s about whether or not PSA testing should be done. He recommended that those with family history or people of African-American descent think about early detection.

“This is a big proportion of men who may not need treatment for that type of cancer,” he said.

An analysis of previous clinical trials published in September said screening lessened the risk of dying from prostate cancer by 25 to 32 percent compared to men that didn’t get screened, a summary for patients explains online.