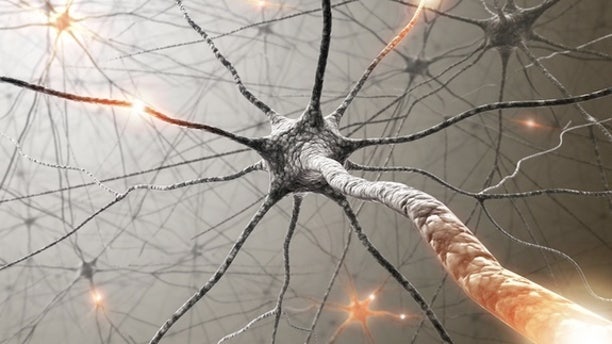 The companies said they have built a trial application that lets patients with ALS, a disease that diminishes muscle action, issue "brain commands" to turn lights on and off or send an alert to a doctor.

The software works by connecting a wireless headset developed by Emotiv, a San Francisco-based startup, to a wearable device. Emotiv says its headset can read brain waves and translate them into readable data, which is then used to issue commands to Philips’ existing connected products such as "smart" TVs and lighting systems.

Wearers also can issue commands using their voice or eyes, and the app lets patients store pre-recorded messages in their own voice.

Accenture and Philips jointly developed the software that connects the various technologies.

It marks the latest in a string of partnerships between information technology and medical firms to develop products for people with chronic conditions. In July, Google struck a deal with Swiss drug maker Novartis to develop a smart contact lens that can monitor blood-sugar levels, which would particularly be useful to diabetics.

Accenture and Philips stress their app is a "proof of concept" but said they have tested it with patients. They are open to conversations with other consumer technology providers, like Apple and Google, and are seeking partnerships with caregiver associations.

"We are looking for our next set of partners," Thibaut Sevestre, who heads innovation for Philips' IT architecture and platforms, said in an interview with Reuters.

"Patients find that they can do less and less by themselves, until they are completely paralyzed," Sevestre added. "So we asked, 'How can we help them regain control?'"

Philips stressed, however, that commercial viability was not yet established. "At this point, we are exploring this concept for the sake of innovation and research. We’ll continue to collect feedback and explore its potential, but we cannot confirm any commercial development at this time, nor any plans to test this on patients in the future," a Philips spokesman said in a statement.

The app is not designed as a monitoring tool that can inform doctors of a patient's current state. Instead, Sevestre said, it aimed to give people back "some capabilities they’ve lost." In the later stages of ALS, people will sometimes be rendered completely paralyzed but retain brain functions.

The project kicked off in May after several Accenture employees pitched the idea. A key employee died in the downing of a Malaysia Airlines plane over eastern Ukraine in July.

Throughout the summer, Accenture conducted interviews and tests with ALS patients at its research lab in San Jose, California. Some 400,000 people suffer from the disease, but Accenture’s chief technology officer, Paul Daugherty, said the goal is to adapt the application to a broad spectrum of patients.

The firms estimate their app can eventually benefit some 40 million people.