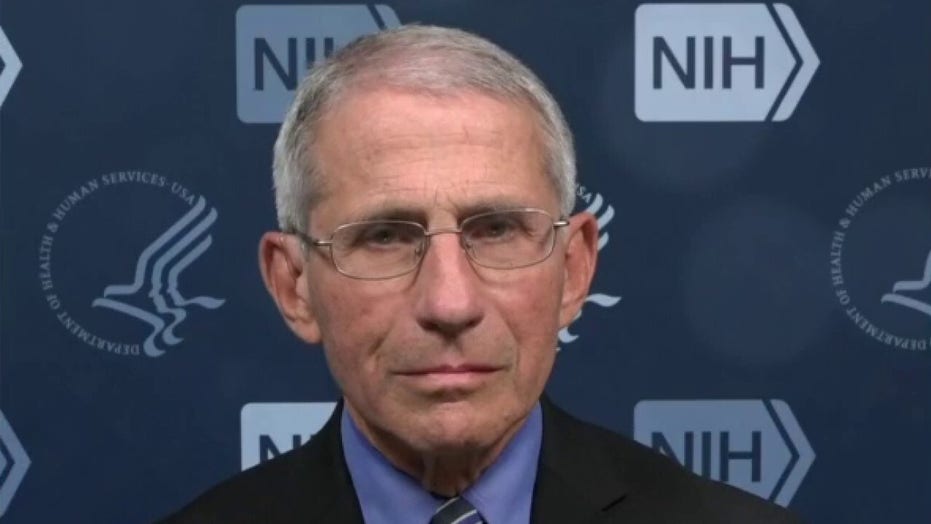 For Anna, a 33-year-old American woman stranded in a Peruvian hotel room and out of life-saving medication to treat her auto-immune disease, the clock is ticking.

After Peru ordered its borders closed March 15 in an effort to hinder the spread of the new coronavirus, she and her husband tried to charter a plane to leave Cusco. They even planned to take with them other Americans trapped in the city nestled high in the Andes near the ancient ruins of Machu Picchu.

But the Peruvian government refused to give the plane permission to land, according to the couple, the U.S. government and airline officials. And when they asked the U.S. State Department for help, they said they were told the agency was working on the situation.

Tourists from the United States wait outside the closed Jorge Chavez International Airport for a member of the U.S. Embassy to escort them to a flight that will fly them back to the U.S., in Callao Peru, Friday, March 20, 2020, on the fifth day of a state of emergency decreed by the government to prevent the spread of the new coronavirus. (AP Photo/Martin Mejia)

“There are other foreign governments that are able to take out their citizens, but it seems that with the U.S. there is some gridlock in the Peruvian government granting those airplanes permission to land,” Anna said. “But there are many citizens here that are just desperate to go home.”

The couple’s plight is the latest in a series of problems facing thousands of U.S. citizens trapped all over the world because of the COVID-19 pandemic. U.S. Secretary of State Mike Pompeo said last week that he has been working to repatriate Americans. But like others, Anna and her husband say they have gotten little help.

Amid outcry from congressional leaders over the Peru situation, the State Department slammed Peru on Tuesday for turning back two repatriation flights for hundreds of U.S. tourists and said it was engaging the country’s government and “advocating vigorously for the return of our citizens.” The Embassy previously coordinated with Peru on repatriation flights that brought home 700 Americans.

There was no immediate comment from Peru’s foreign ministry. President Martín Vizcarra, a soft-spoken U.S. ally, was among the first in Latin America to close borders over the coronavirus pandemic, deploy the military and require people to stay in their homes. Initially, he allowed waivers for chartered repatriation flights, but that ended Saturday.

The pandemic has infected more than 400,000 people around the world and killed over 18,000. The COVID-19 illness causes mild or moderate symptoms in most people, but severe, life-threatening symptoms are possible especially for the elderly or those with existing health problems — like Anna. She and her husband requested that their last names not be made public for privacy reasons related to her medical condition and out of fear of possible retaliation from Peruvian authorities.

Peru confirmed its first case of the virus on March 6, three days before Anna arrived to meet her husband who was there as part of a South American trip. When Peru’s president declared an emergency and closed the country’s borders days later, they were given just 24 hours to leave.

Anna’s husband immediately turned to the U.S. Embassy for help, telling officials about her precarious health condition and dwindling supply of medication. He provided a note from her U.S. doctor attesting that it was “very urgent and important that she returns to USA” for treatment.

CONGRESS NEEDS TO PROVIDE FUNDS OR POSTAL SERVICE MAY SHUT DOWN BECAUSE OF CORONAVIRUS: REPORT

Lacking an answer about whether a U.S. plane would rescue them, he contacted political leaders in Texas including Sens. Ted Cruz and John Cornyn who he said tried to help. The couple believed an American plane would land in Cusco on Tuesday, but that didn’t happen.

American Airlines spokesman Ross Feinstein said a charter flight from Miami reached Peruvian airspace that afternoon but was denied permission to land, and circled until fuel levels dictated a return to Miami. The State Department said Peru also did not provide clearances for a LATAM flight to pick up Americans in Cusco.

U.S. Sen. Marco Rubio tweeted Tuesday that the problems in Peru were due to a “lack of urgency” by mid-level State Department employees, but that a “competent official has taken direct control.”

Tourists from the United States wait outside the closed Jorge Chavez International Airport for a member of the U.S. Embassy to escort them to a flight that will fly them back to the U.S., in Callao Peru, Friday, March 20, 2020, on the fifth day of a state of emergency decreed by the government to prevent the spread of the new coronavirus. (AP Photo/Martin Mejia)

Anna’s husband had a backup plan: He had reached out to private companies to charter an air ambulance, but he said Peruvian authorities refused to let it land

Various private air charter companies have been working feverishly to find a way to bring them home, according to communications that Anna showed to The Associated Press.

Steve Panzella, president of Horizon Jets Charter Inc., said the couple contacted him about an air ambulance and said they were willing to pay to bring other Americans home on any flight they charter. He said Cusco’s airport presents some challenges because it is high in the mountains and not all airplanes are designed to take off from that elevation, but he said the holdup in this case has been securing permission from Peru.

“I have been getting calls 24 hours a day from people stuck all over Central and South America, but nothing like Peru,” Panzella said. “People are desperate.”

In interviews, other Americans who traveled to Peru painted a bleak picture of armed troops patrolling the streets during the lockdown and making sure they stay in their hotels. Some told AP they didn’t know how or when they would get home. Others managed to leave by buying tickets through local travel companies. But they were given little advance notice about the flights and didn’t know until they boarded if there would be enough seats.

Constance Bauer told AP via email that her son is stuck with other Americans in the Amazonian city of Iquitos.

“And the situation is much worse for these folks than for those in Lima (the capital) — food, medical supplies, medical care, clean water are very scarce in Iquitos and they are under a strict, military-enforced quarantine,” she wrote.

For Anna, all there is to do is wait.

“I’m out of my medications,” she said, “and it is not a condition that can be treated here in Peru.”