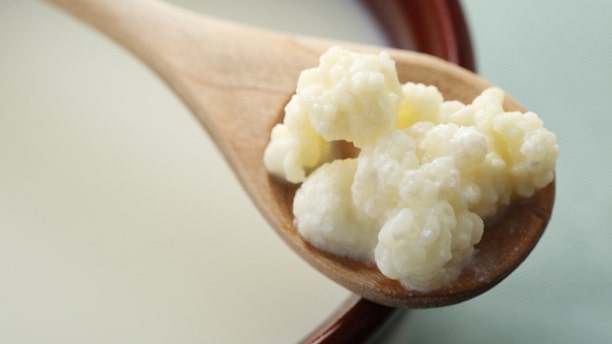 Probiotics, or "good bacteria," are generally thought to be safe for most people, but a newborn in Poland appears to have developed an infection after he was given a probiotic product, according to a new report of the case.

The baby was born at full term, but was small — he weighed about 5 lbs. (2.3 kg). The doctors diagnosed him with intrauterine growth restriction, meaning he had grown at a slower rate than normal while in the womb.

When the baby was two days old, tests suggested he had an infection, and although this was not confirmed, he was started on antibiotics as a precaution while further tests were done. Doctors also gave the baby a probiotic product, containing the bacteria Lactobacillus rhamnosus GG, to prevent diarrhea or other complications from the antibiotics. Lactobacillus rhamnosus GG is used in some popular probiotics yogurts and supplements, such as Culturelle.

Four days later, the baby's antibiotic was switched, and a blood sample taken on that same day tested positive for an infection with Lactobacillus rhamnosus GG. A genetic test showed that the strain that caused the boy's infection was the same strain found in the probiotic product, the researchers said. The infant was "very touch-sensitive" and cried a lot, the researchers said. [Don't Be Fooled: 5 Probiotics Myths]

Studies have suggested that probiotics do not appear to be harmful for healthy children, but whether they have benefits is not clear either, and the American Academy of Pediatrics does not recommend probiotics as standard care for babies. In addition, some groups of people are known to be at risk for adverse effects resulting from probiotics — including people with impaired immune systems — but warning labels are rarely seen on probiotics, the researchers said.

The new findings suggest that babies with intrauterine growth restriction "might be a new potential risk group ... for which safe use of probiotics needs careful attention," the researchers, from Poland's National Institute of Public Health, wrote in the July 17 issue of the journal Beneficial Microbes.

There is an urgent need to develop standard guidelines for exactly how probiotics should be used in patients with health conditions that may put them at risk for complications, the researchers said.

Because the new study involved just one child, the findings do not necessarily apply to all children with intrauterine growth restriction, said Dr. William Muinos, co-director of the gastroenterology department at Miami Children's Hospital, who was not involved in the study.

But the case could alert doctors to the possibility of a risk for children with this condition, and doctors should consider this risk, and weigh it against the possible benefits of probiotics, before using probiotics in these kids, Muinos said.

Even though this infant was on antibiotics at the time of the infection, probiotic bacteria can be resistant to certain types of antibiotics, Muinos said.

Muinos said he does not routinely recommend probiotics for infants younger than 3 months old. Probiotics may pose risks to infants because the lining of a newborn's intestinal tract is less mature, and could allow some bacteria to seep into the blood stream, he said.

For most babies, the natural way of acquiring gut bacteria — through breastfeeding and normal interactions with the environment — "is probably the safest way," Muinos said.

Doctors continued to treat the baby in Poland with antibiotics for two weeks, until his infection cleared. He went home from the hospital when he was about 1 month old, according to the report.

The researchers noted that although Lactobacillus rhamnosus GG was detected in the baby's blood, it's possible that another, undetected microbe was causing the baby's symptoms.

Copyright 2014 LiveScience, a TechMediaNetwork company. All rights reserved. This material may not be published, broadcast, rewritten or redistributed.