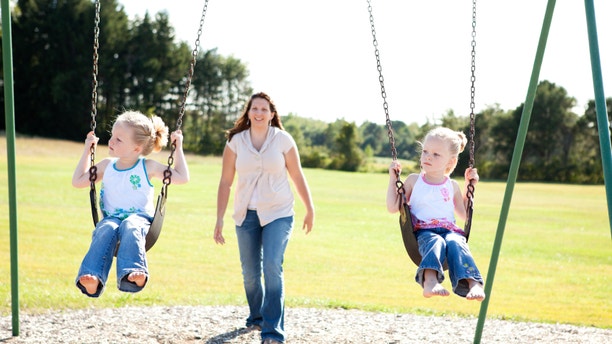 The amount of physical activity mothers get is linked to their children's activity levels, according to a new study from the UK.

Researchers found that the exact relationship between mother and child physical activity depended on certain lifestyle factors, however.

"It's a positive thing that maternal physical activity levels can influence the activity level of their child," Kathryn Hesketh told Reuters Health. "If more time is spent moving, then activity can increase in both."

Hesketh is the study's lead author from the Institute of Child Health at University College London. She worked on the study while at the University of Cambridge.

She and her colleagues write in the journal Pediatrics that physical activity is tied to healthy development among kids, but activity levels are known to fall as people get older - especially after they have children.

For the new study, the researchers used data from 554 four-year-old children and their mothers who were part of the UK Southampton Women's Survey. Both kids and mothers wore devices that tracked their movements for 14 to 15 waking hours over the course of about a week.

Among children, about five of those hours were spent sitting or standing still. About eight hours were spent on light physical activity such as walking and about another hour was spent on moderate-to-vigorous activity like running.

Among mothers, about an hour was spent standing or sitting still while seven hours each were spent on light and moderate-to-vigorous activity.

More active mothers tended to have more active children. The strength of the association varied depending on the child's weight, time spent at school, the mother's education and the time of day and week, according to the researchers.

And while mothers with young children already face a long list of demands, Hesketh said it's important to know that even small increases in activity can benefit not just the mothers themselves but also their children.

She said that future research should focus on whether the association exists even as children get older. There also aren't many studies examining the role of fathers and physical activity among children, she added.