Most people would donate a kidney— especially for money 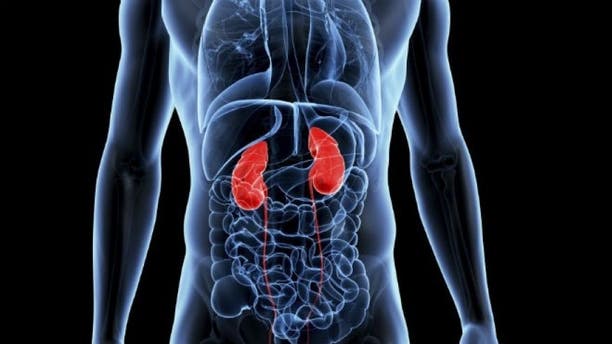 People might be more willing to donate a kidney if they were paid for it, according to a new survey.

Paying for organs is illegal in the U.S. But researchers say that given how many people die waiting for kidneys each year, the results suggest that compensation "must be seriously considered."

"The gap between the number of organs and the number of lives lost has grown and grown," said lead author Dr. Thomas Peters, of the University of Florida College of Medicine in Jacksonville. "It's worse now than it has ever been."

The annual number of deaths that might have been prevented with a kidney transplant grew from about 5,000 in 2004 to about 7,600 in 2013, the researchers write in JAMA Surgery.

According to the American Journal of Nephrology, living donors incur out-of-pocket expenses averaging $5,000, and sometimes up to four times that amount. The transplant recipient's insurance covers the donor's medical expenses, but not transportation, lodging, childcare or lost wages.

Still, organ donation in the U.S. is solely based on altruism. Among the arguments against financial incentives, the researchers point out, is that paying donors may lead to coercion, undue influence and body modification. Also, people may be turned off from donation by the thought of payment.

Data for the new study came from a June 2014 telephone survey of 427 male and 584 female registered and active U.S. voters with land lines and cell phones. About 70 percent were over age 45.

The majority, regardless of age or income, supported the idea of compensation for living donors.

The researchers say federal laws should be changed to allow studies of donor compensation to begin. The results of such studies could form the basis for regulations.

"You can argue that financial incentives might not be effective, but we argue we ought to do a trial to study this matter in a real time fashion," Peters told Reuters Health.

An editorial published with the study argues that the disconnect between public perception and current regulation carries an important message to society, the medical profession legislators and ethicists.

But the results likely won't change legislation anytime soon, according to the editorialists, who were led by Dr. Marco Del Chiaro of Karolinska University Hospital in Stockholm, Sweden.

Even just to study compensation would require changes to the law and to administrative and approval processes, said Dr. Ron Shapiro, surgical director of the Kidney and Pancreas Transplant Program at Mount Sinai's Recanati/Miller Transplantation Institute in New York City.

He also pointed out that people's responses on a telephone survey may not match their decisions in real-life situations.

"These are not trivial questions in terms of the real legitimate shortage of organs for people who are on the waiting list," Shapiro told Reuters Health.