Mom embarks on weight loss journey, drops nearly 60 pounds to 'be the legs' for disabled son

A British mom whose son will likely never talk or walk due to a rare condition affecting his brain lost nearly 60 pounds in a bid to “be the legs” for her child.

Joanne Grimshaw, 35, says her son, Ellis, was sick as a newborn — he had trouble sleeping and would not feed. Her concerns were reportedly dismissed by doctors.

IOWA MAN SHEDS HALF HIS BODY WEIGHT AFTER INVASIVE SPINAL SURGERY, SAYS HE ONCE ATE 'WITH NO CONSTRAINT'

But a week before his 1st birthday in March 2018, the young boy underwent a brain scan which revealed part of Ellis’s brain was missing. More specifically, Ellis was born without a corpus callosum, or what connects the left hemisphere of the brain to the right. It’s critical for coordination and “complex problem-solving,” said Medical News Today. 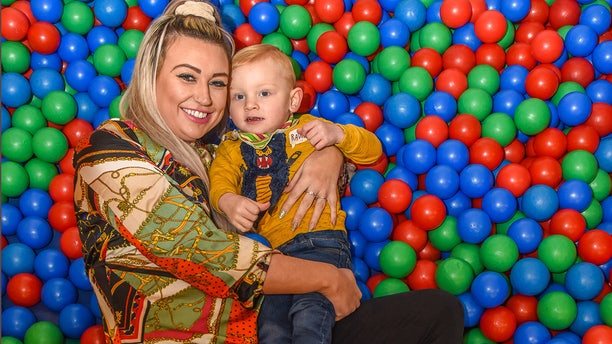 Due to his missing corpus callosum, Ellis has a disorder called  “agenesis of the corpus callosum." It affects about one in every 3,000 people, according to the medical website. Grimshaw claims she's been told that her son will likely never walk or talk as a result.

The stress due to the issues with her son’s health caused Grimshaw to rely heavily on food to assuage her anxieties. But after receiving her son’s diagnosis, the mom — who said she once had trouble walking up stairs without becoming out of breath — said she chose to make a drastic lifestyle change in an effort to ensure her son could live life to its fullest. 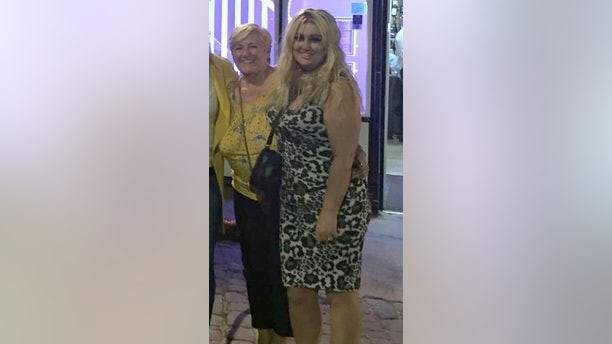 “I would eat chocolate and crisps from the vending machine and grab McDonald’s or Indian [food] on the way home,” she said, according to Metro.

“I was so unfit and overweight but determined to do my best to make sure he never misses out,” she added. “I thought, ‘If Ellis can’t do it, then I will do it for him.’” 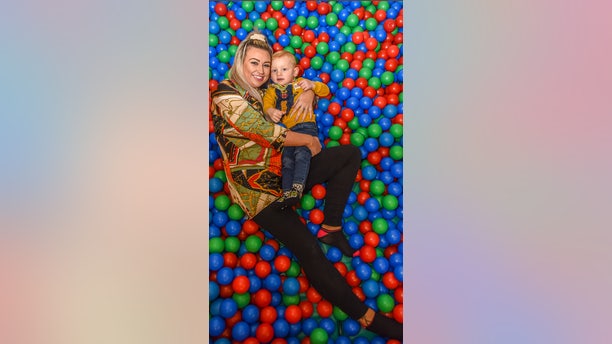 Joanne Grimshaw says she was once unable to climb stairs without becoming out of breath. (Caters News Agency)

The mom began seeing results after she made simple changes, like swapping sugary cereals in the morning for a fruit smoothie. She also cut out fast food.

Eventually,  Grimshaw dropped 56 pounds. She says the weight loss has completely changed her life — even in the simplest of ways.

“I am now able to walk anywhere holding Ellis, push him on the swings and even go on small fair rides – something I was ashamed to attempt when I was at my heaviest,” she said, noting that through her son’s continued health issues, “ I will continue to be the legs for my little boy.”