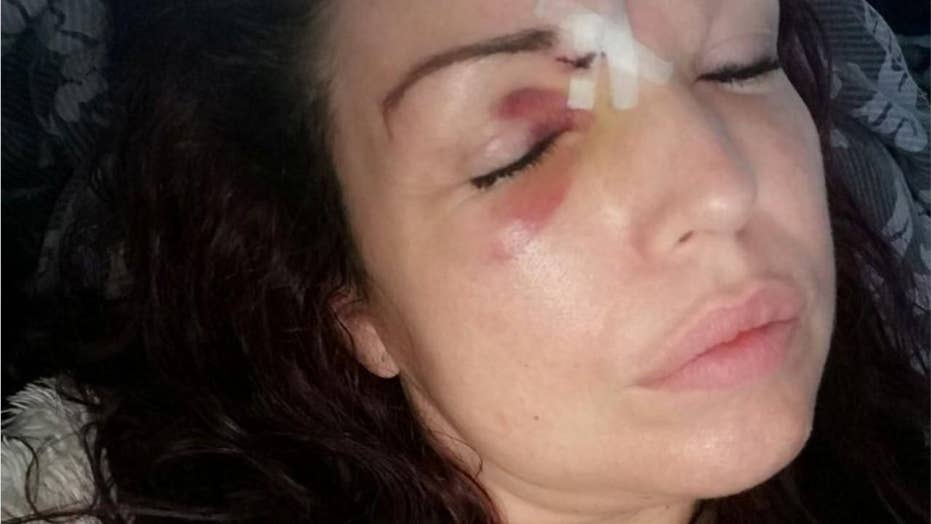 One mom in the U.K. says she nearly lost eye after a Christmas present she bought her son shot into her face.

It wasn’t an "Official Red Ryder Carbine-Action 200-Shot Range Air Rifle" this time, but a mom in the U.K. said she did almost shoot her eye out when the Christmas present she bought for her son fired off into her face.

Clarissa Clary, 44, said she purchased a “Magic Staff” for her 16-year-old son Caine, which starts as two inches and quickly expands to five feet with the click of a button.

Clary told South West News Service that when she grabbed the bag containing the gift, she accidentally hit the button triggering the object to extend and strike her in the face with so much force that she fell over.

She said she purchased the toy on Ebay for her son, who has special needs.  (SWNS)

“Thankfully it missed my eye by an inch but I could have lost my eye and the hospital said it could have even caused brain damage,” Clary told SWNS, a British news agency.

Still, the impact caused blood to pour from her face, she told SWNS, and she was rushed to the hospital. Clary said she may now need plastic surgery to have fragments of the toy removed from her face, which may leave her “scarred forever.”

MOM COVERED IN THOUSANDS OF TUMORS DUE TO RARE GENETIC DISORDER

“I have an infection under the wound and a lump and it keeps swelling up,” she told the news outlet.

Clary said she's thankful she didn't give the toy to her son, and now possibly faces plastic surgery to remove remaining pieces from her face.  (SWNS)

She said she posted her ordeal on Facebook in a bid to warn others about the potential danger of the toy, especially for young children.

“My son has got special needs from having meningitis as a baby and he loves gimmick-type stuff, and as children get older I find it harder to get them stuff they would like,” she told SWNS. “I’m just grateful that I never actually gave it to him.”