Minnesota infant dies of whooping cough, first such death in state in 7 years

Minnesota health officials this week announced a whooping cough-related death of an infant in the state.

In a news release on Wednesday, officials with the Minnesota Department of Health said the infant was diagnosed with whooping cough, also known as pertussis, in August and died in November. The infant, who was not identified, was hospitalized for three months before passing away. The pediatric whooping cough-related death is the first in the state since 2013 and was only recently confirmed by health officials.

“We were extremely saddened to hear that this child passed away,” said Kristen Ehresmann, director of infectious disease at the Minnesota Department of Health, in a statement. “Pertussis continues to be a concern in Minnesota, and we want to do everything we can to prevent future tragedies like this.”

Whooping cough is a very contagious disease that spreads through coughing or sneezing. It can take up to three weeks for symptoms to appear. Late-stage symptoms may include rapid coughing followed by a high-pitched “whoop” sound, vomiting and exhaustion. 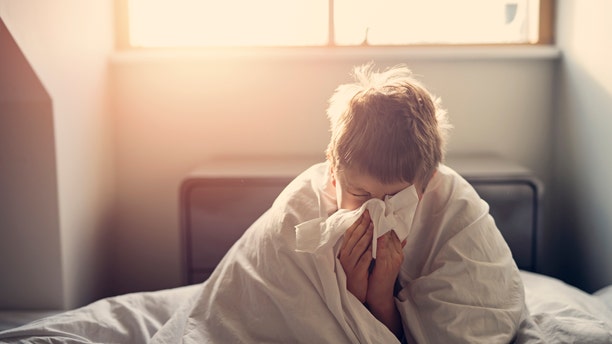 Pregnant women are recommended to receive the whooping cough vaccine in their third trimester. (iStock)

Anyone can be affected by the disease, though severe cases most often occur in infants.

Minnesota health officials reminded expecting mothers to receive the tetanus, diphtheria and acellular pertussis, or Tdap, vaccine during their third trimester. The mother’s body then creates antibodies that are passed to her unborn child. Children around 2 months of age should then receive the diphtheria, tetanus and acellular pertussis, or DTaP vaccine, which is followed by the Tdap vaccine when they are 11 or 12 years of age.

It’s not clear if the infant who died was vaccinated against the disease.